It was finally that time of year again! Loads of Music goes AMF! Robbie Williams is performing at the Apple Music Festival. This year I was lucky enough to be part of this great festival. As a major Take That (and of course Robbie) Fan, this must have been the coolest concert of the entire festival – at least for me 🙂

To be at the Apple Music Festival as such is already a  huge highlight, but then to be able to see an artist  that you’ve been following for years and that always sends me back to my teenage years – that absolutely amazing!

Robbie Fucking Williams – the entertainer of the evening

Yep, that’s exactly how the 42 year old introduces himself. The fans love it and scream his catchphrase as loud as the can. Just as him (ok that might be debatable at some point), the fans grew up too and have gotten a bit older – but that definitely doesn’t mean that they’re any quieter. Also, some fans have actually spent the night in front of the venue to make sure to get a great spot. Now that’s what I call die-hard fans!

I was able to enjoy the show from a great spot in the second row and was able to celebrate, sing and dance together with the other fans.  And yes, I do have to admit, I did yell a bit louder and longer one time or the other. I may or may not have squeeled a bit when Robbie showed us his underwear or tried putting on a Bra that flew up on stage 🙂

As always, the show was opened with „Let Me Entertain You“. The song title was definitely not an empty promise. Robbies outfit was very interesting as well. It reminded me a bit of pyjamas – but that’s just the way  he rolls 🙂 Also, I have to admit,  it was super cool to actually see Robbie perform in such a small venue. The Roundhouse fits only 3300 people. I’m used to “sharing” Robbie with approx. 33’000 other people. The atmosphere was therefore very intimate and special. It of course helped that the Roundhouse is a beautiful venue! Nicole of Princess.ch has had the chance to experience a Robbie show in a smaller venue (in London as well), check out her review right here:  One Night At The Palladium

My name is Robbie Williams and for the 1.5 hours your ass is mine!

Sure enough, that’s how it was… Not only the die-hard fans in the front rows were on fire, even the VIPs, guests and other press up on the seats section were up and dancing. They didn’t say seated for long. Cool, very cool!

Despite the tiny stage, Robbie brought his entire band and even a couple of backup singers – who btw didn’t just look gorgeous but also have amazing voices! As a big surprise to me, Robbie suddenly started singing one of my favorite songs. An oldie, but wow what a goldie – and no, it’s not Angels, but „Old Before I Die“. To my surprise I was actually still able to sing along and remembered every word 🙂

Seen so many times before, but still gives me goosebumps… Robbie brought his daddy Pete up on stage. Elegant and chic in his tuxedo, Pete sang “Better Man” together with his son – just beautiful!

While Robbie had already written “Go Gentle”,  a song for his daughter Teddy, he now also has a song for his little boy Charlie. It’s quite different to Teddy’s song but very catchy. The title alone is great (so I think: “Motherfucker”

Heavy Entertainment Show – new music is on its way!

Shortly before the show started, it was announced that Robbie has a new record on its way. „Heavy Entertainment Show“ is the name of the new album and will be released on November 4th 2016. The first single “Sensational” was then performed as a closer, right after the encore “Angels” (what else ;)). And a sensational night it was. I am now even more looking forward to the next (hopefully to be announced soon) tour.

Thank you so much Apple Music for this incredible concert – I enjoyed every minute of it. I do know that many of my friends, who weren’t lucky enough to be there, were enjoying it in front of their screens. One of them even from all the way over in Toronto – thank god for the livestream and an occasional face-time session, right out of the audience 😉 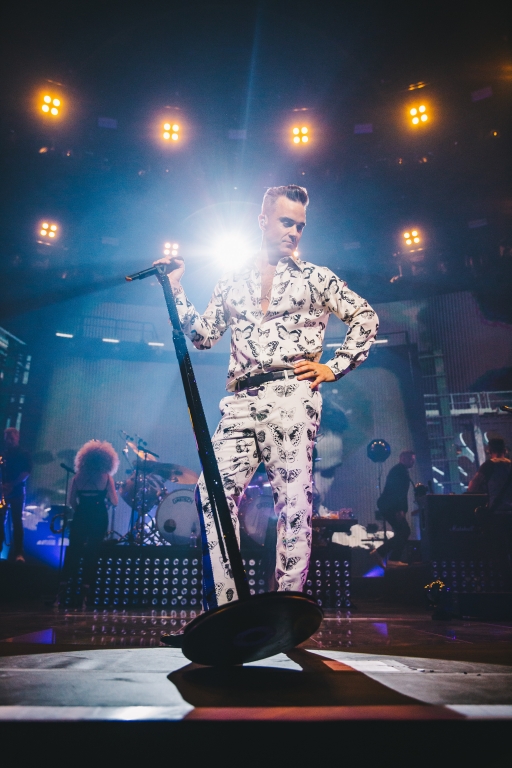 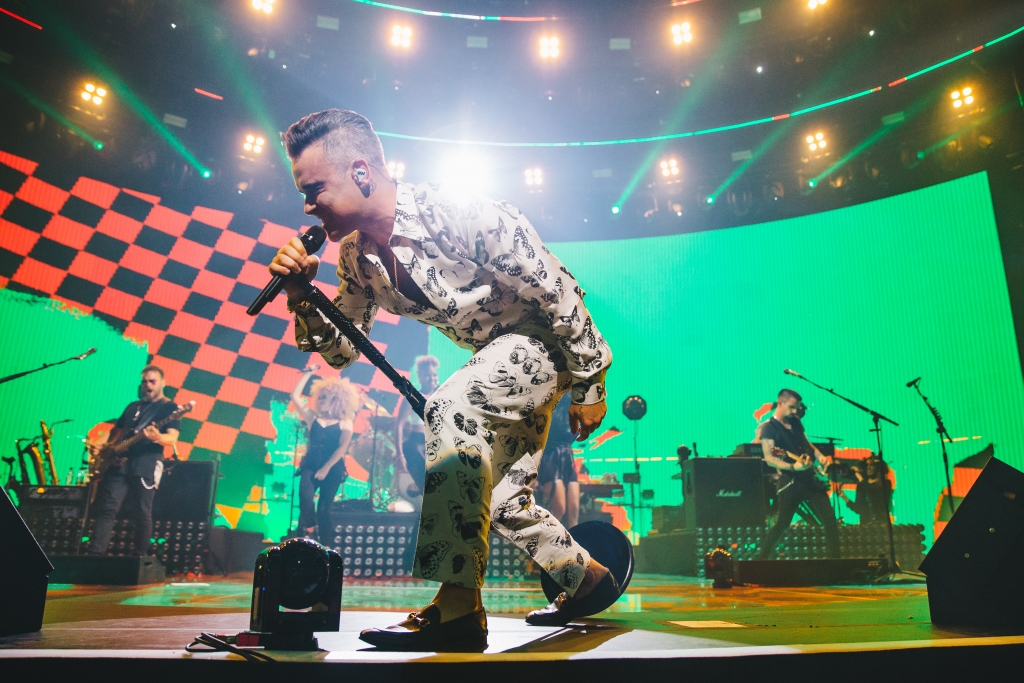 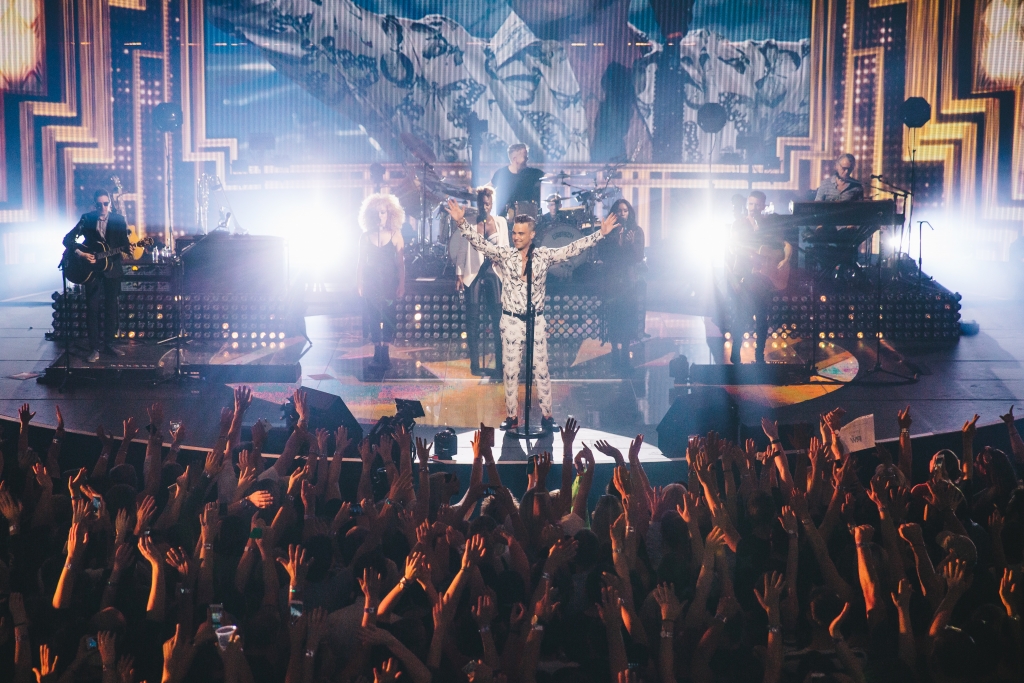 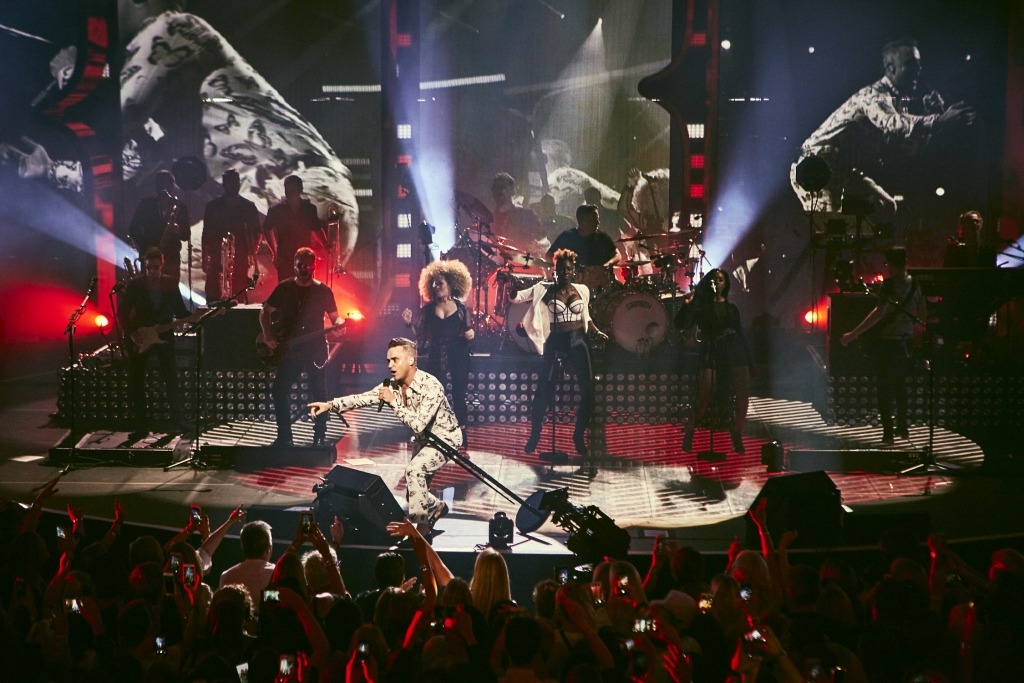 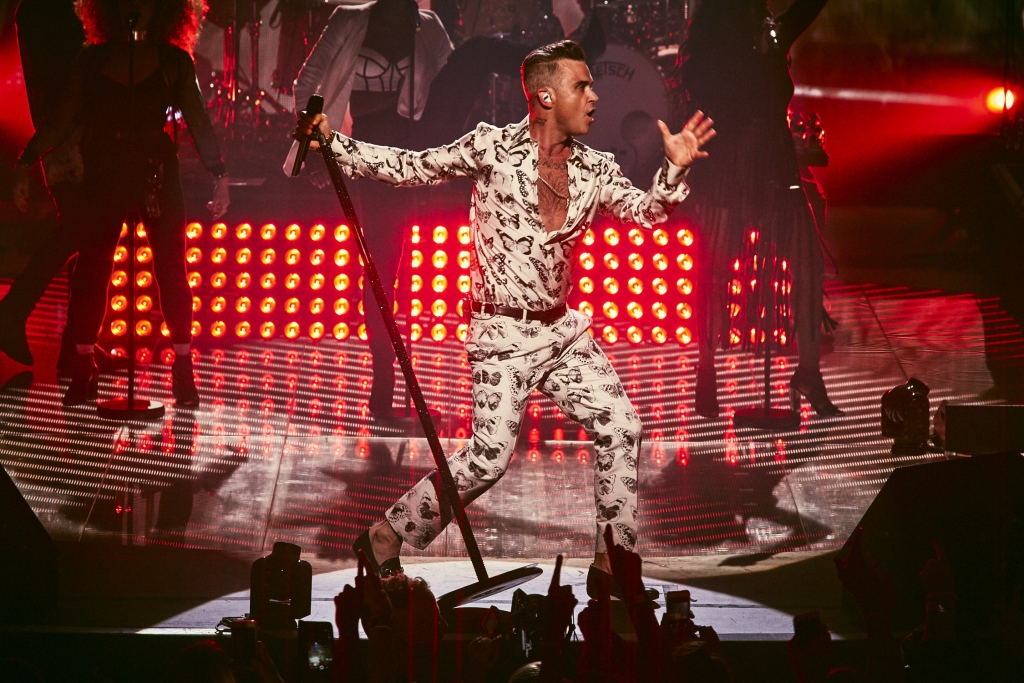 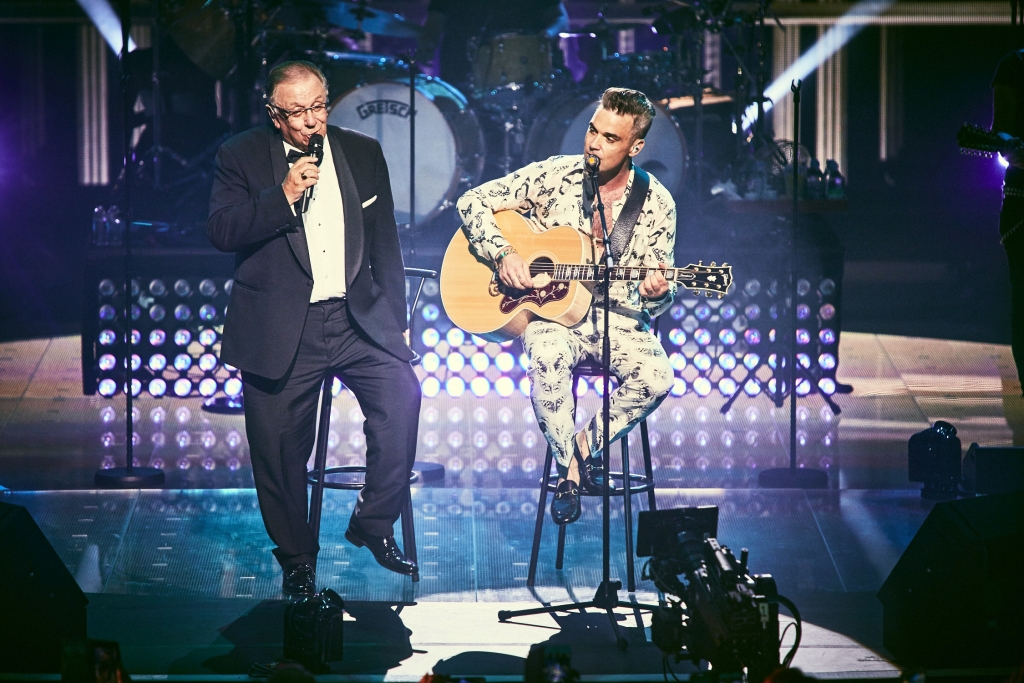