June 12th was definitely highlighted in our calendar. Nickelback are back! Yes, we’re talking about the  “most hated band in the world”… I personally cannot understand why they have that name. On the contrary, I keep getting surprised about how open, rooted and just all around great these guys are.

They’re always trying to do something special for their fans. On previous tours and also on this one, Nickelback had a bunch of contests for their fanclub members to win sidestage spots or early entry tickets. They also bring a fan up on stage to sing “Rockstar” with them.

The run for the best spots

For my husband, our daughter Aileen (12) and me the evening started with the usual run to front row. We were lucky enough to have had early entry tickets, so we knew our chances were quite good to have frontrow spots. And we sure did. We were getting excited. Even more than that, my daughter was starting to get nervous, she decided that she will be the one to get picked to sing Rockstar up on stage. She was determined even. She made a poster that was ready to be held up when the time comes.

But before that would happen it was the support act’s time. Seether was the opener on this tour. Unfortunately the sound wasn’t really good, I know front row usually doesn’t get the best sound, but this time it was really bad. We could barely hear or even understand anything, which was very sad. Their music is really good, but it’s really hard to enjoy the music this way.

Here are a few pictures, unfortunately not only the sound was bad, but the lighting wasn’t ideal for the photographers either: 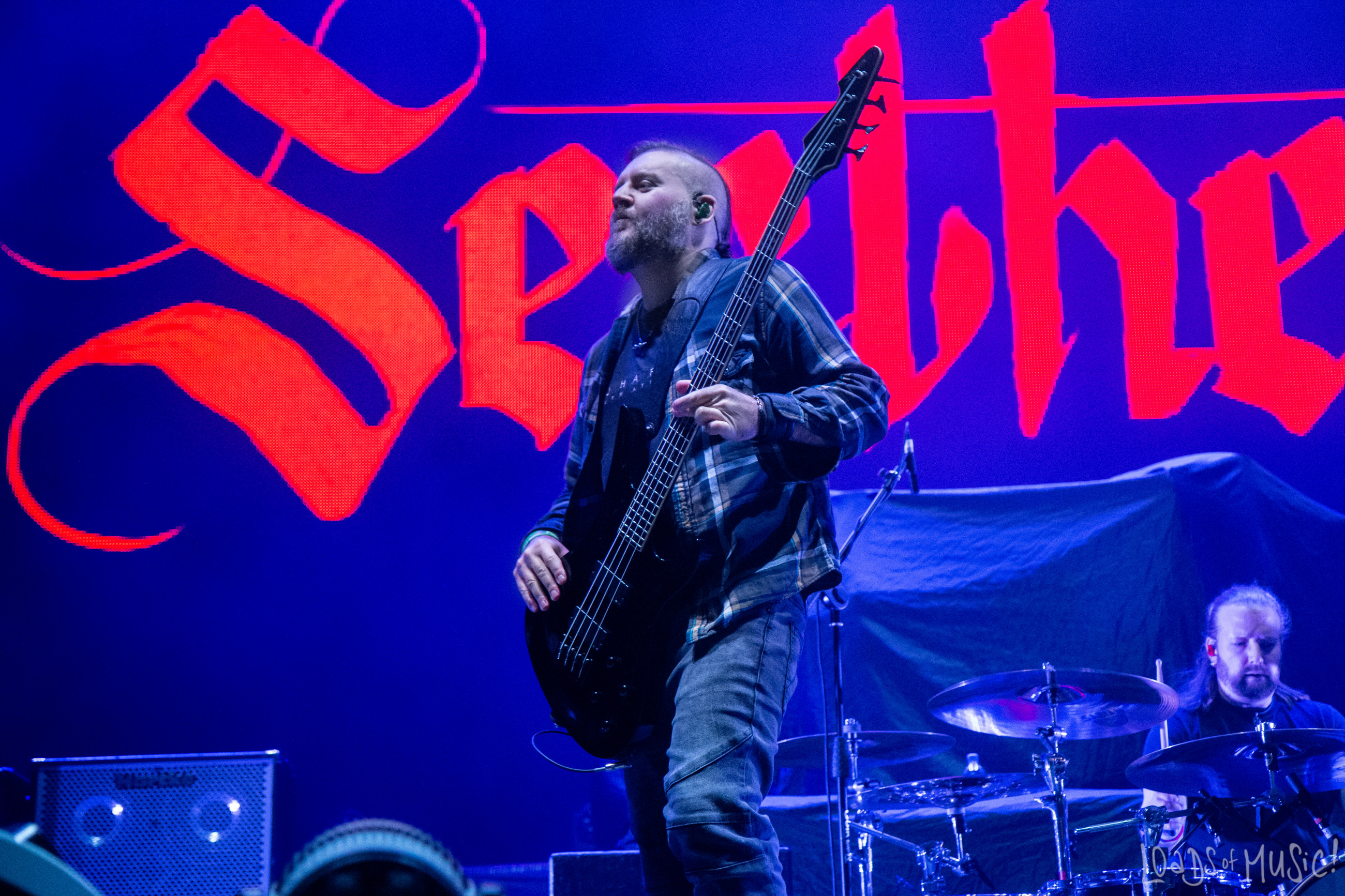 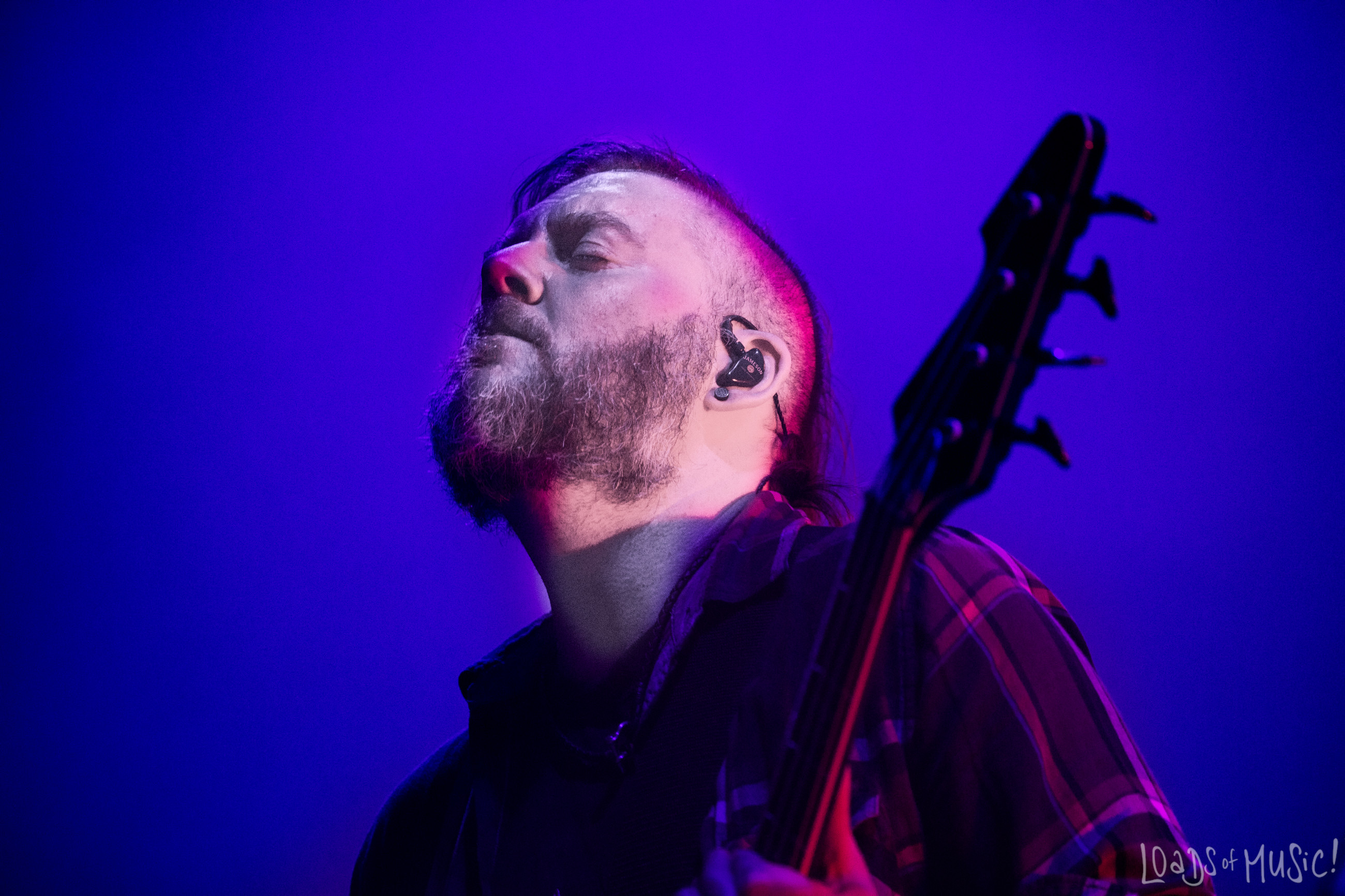 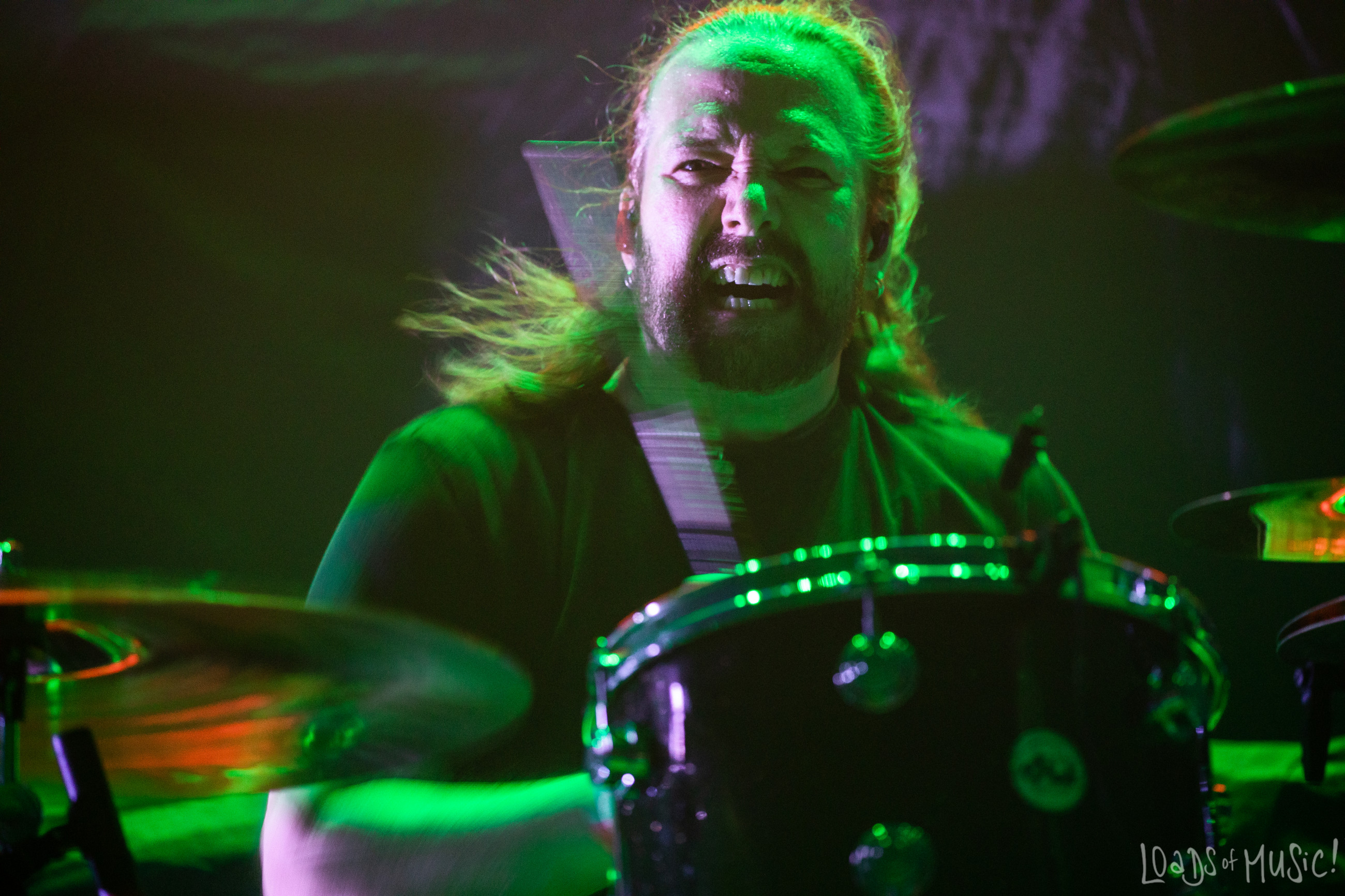 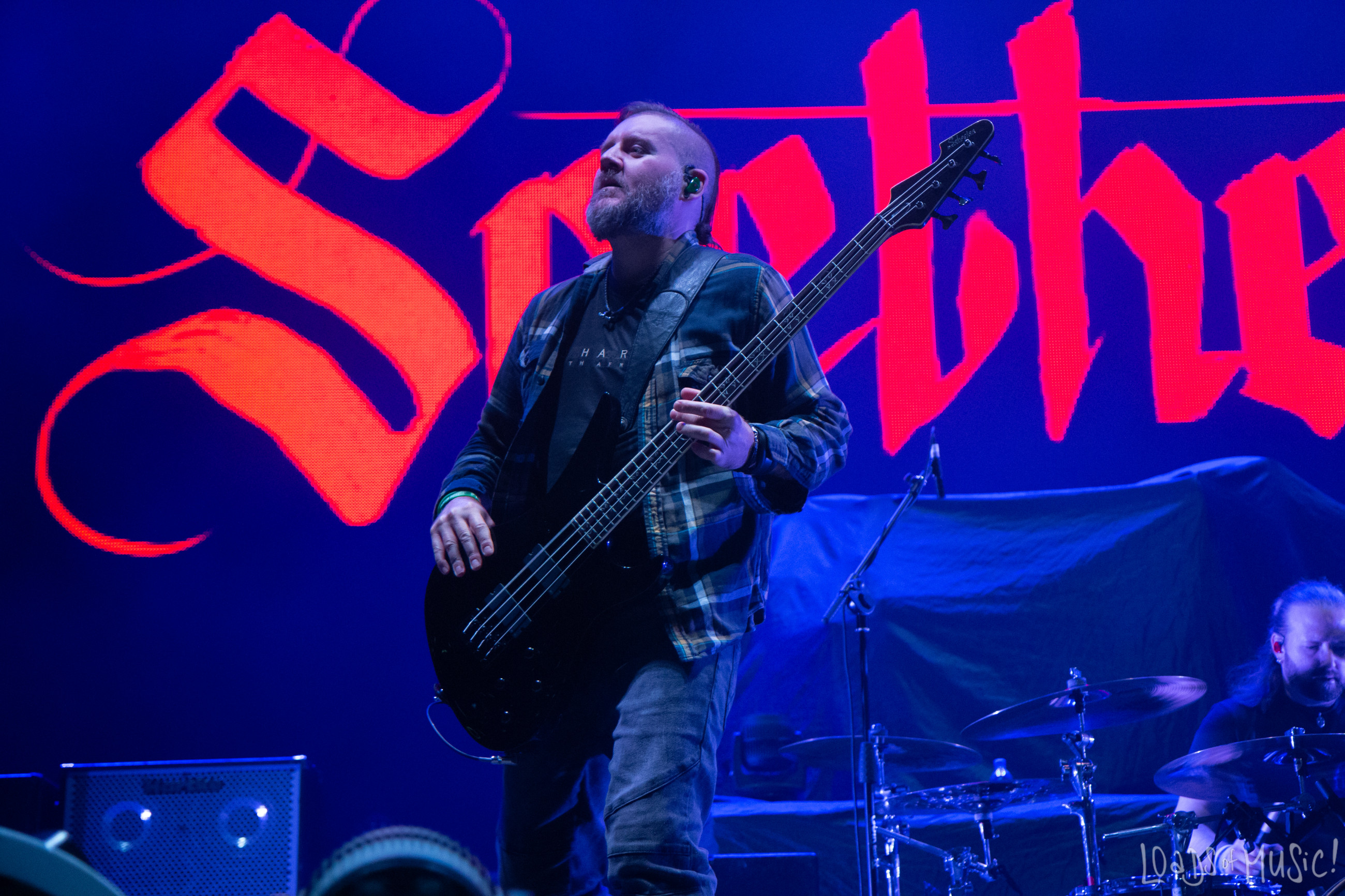 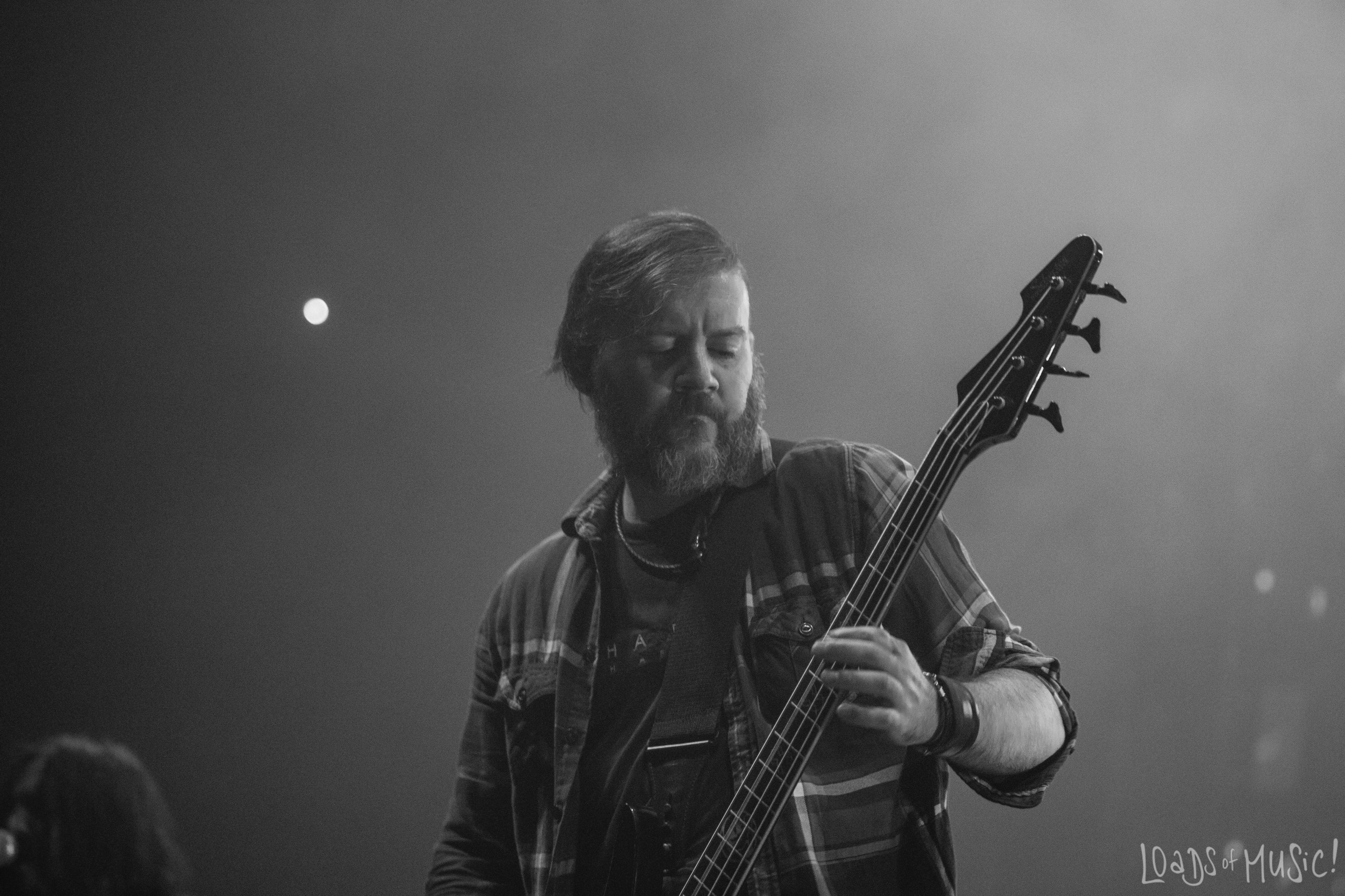 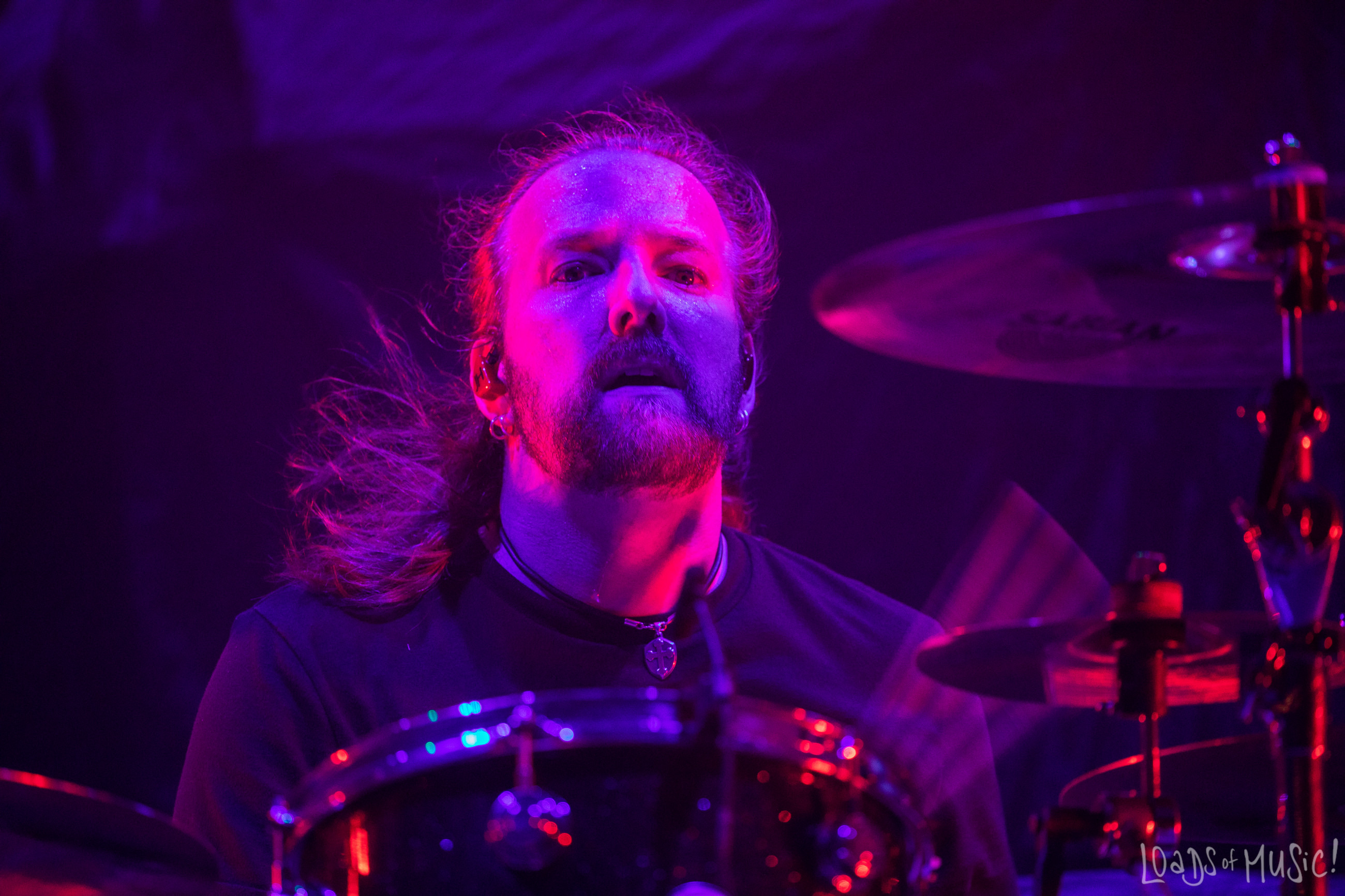 As soon as Nickelback opened the show with their new song “Feed The Machine” the nicely filled Hallenstadion started partying! The atmosphere was great from the very beginning, Aileen however got more nervous by the minute. Luckily it was still going to take a while until it’s time for “Rockstar” and other songs like “Photograph”, “Someday”, “Lullaby”, “Heroes” or the newest single “Song on Fire” were on the setlist.

When a dream comes true!

Once Chad started to play “Million Miles an Hour”, we knew exactly that it’s time. Time to bring out the poster that said “I wanna sing Rockstar with you! Please”. Aileen held up the sign and started jumping up and down, a few seconds later, her and the sign ended up on the big screen. This could be it! Ryan Peake (guitar) stepped forward towards us and asked how old Aileen was. A small discussion about age, lyrics (after all, the song talks about drugs too – rockstar life…) started, but in the end they decided to give her a chance 🙂

There she was, my baby up on stage at the Hallenstadion having the time of her life! You could see that she was a little insecure at first, but at least she knew all the words and totally delivered! The cheering and applause was massive and I’m sure that Aileen will remember this for years to come.

After all the excitement the show did go on. The following songs, especially for us, were thoroughly enjoyed. The somewhat softer and more calm songs like “When We Stand Together” or “What Are You Waiting For?” were great, but also the more upbeat songs like “Animals” as well as their probably biggest hit “How You Remind Me” made the audience have a great time. Eventually we knew it was time for the encore. Too bad, at that point it was clear that the show is almost over. When the band came back on stage they gave us 2 more songs, “Gotta Be Somebody” and “Burn It To The Ground” – a great song to close the show, while everyone is totally rocking out to it.

After almost 2hrs and 18 songs, we were super happy and made our way back home. And yes, of course, we will be back the next time Nickelback is going tour! 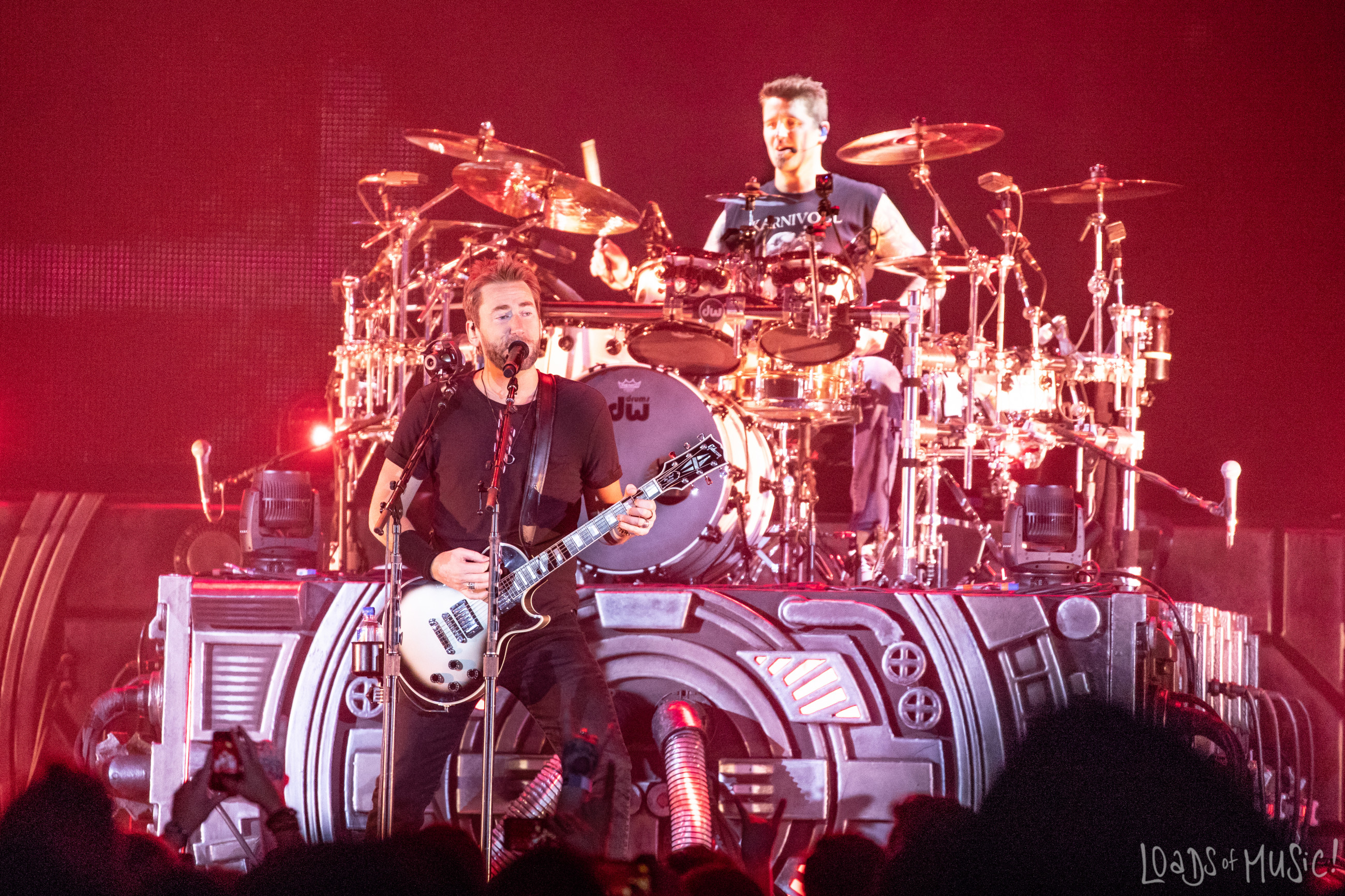 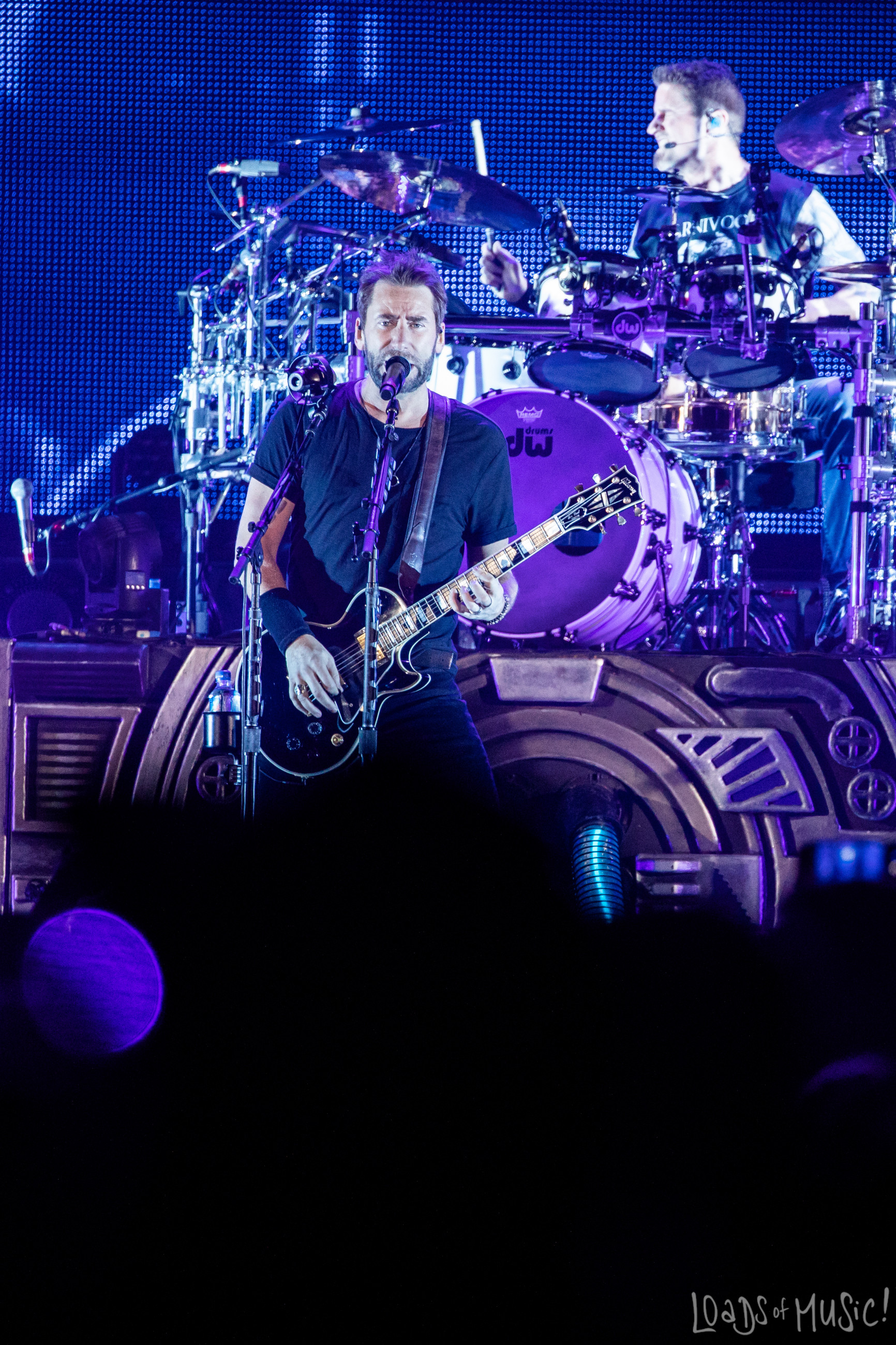 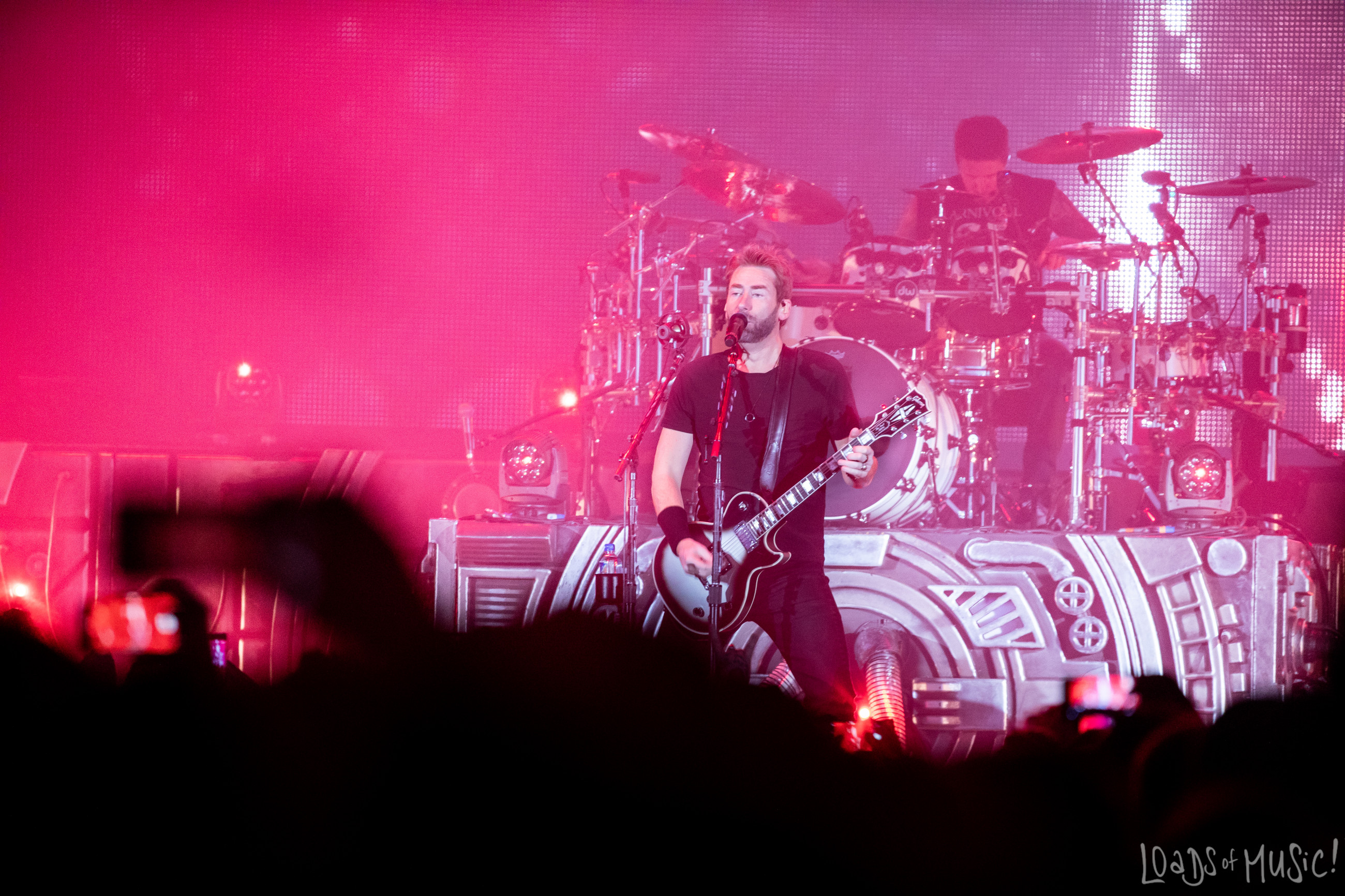 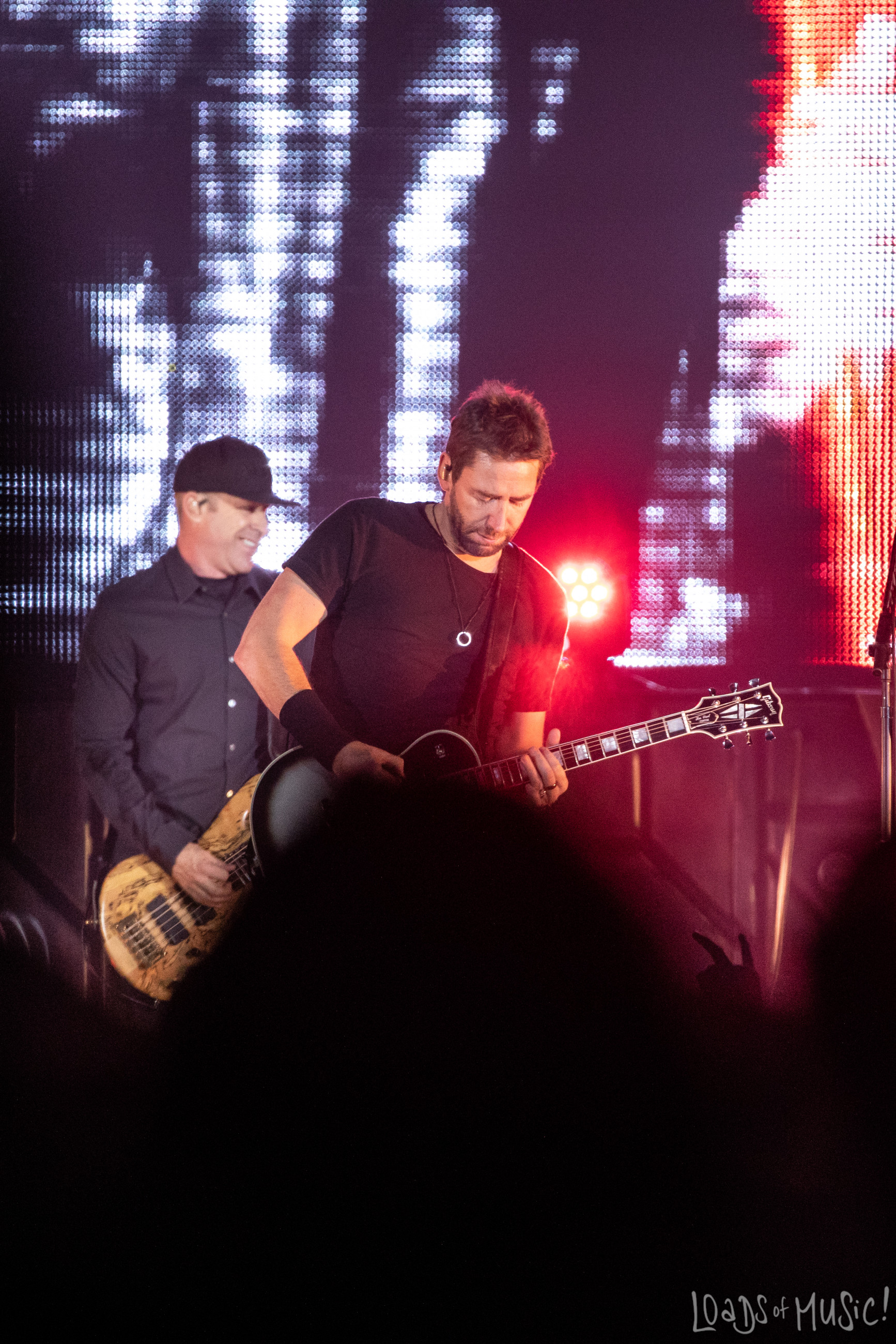 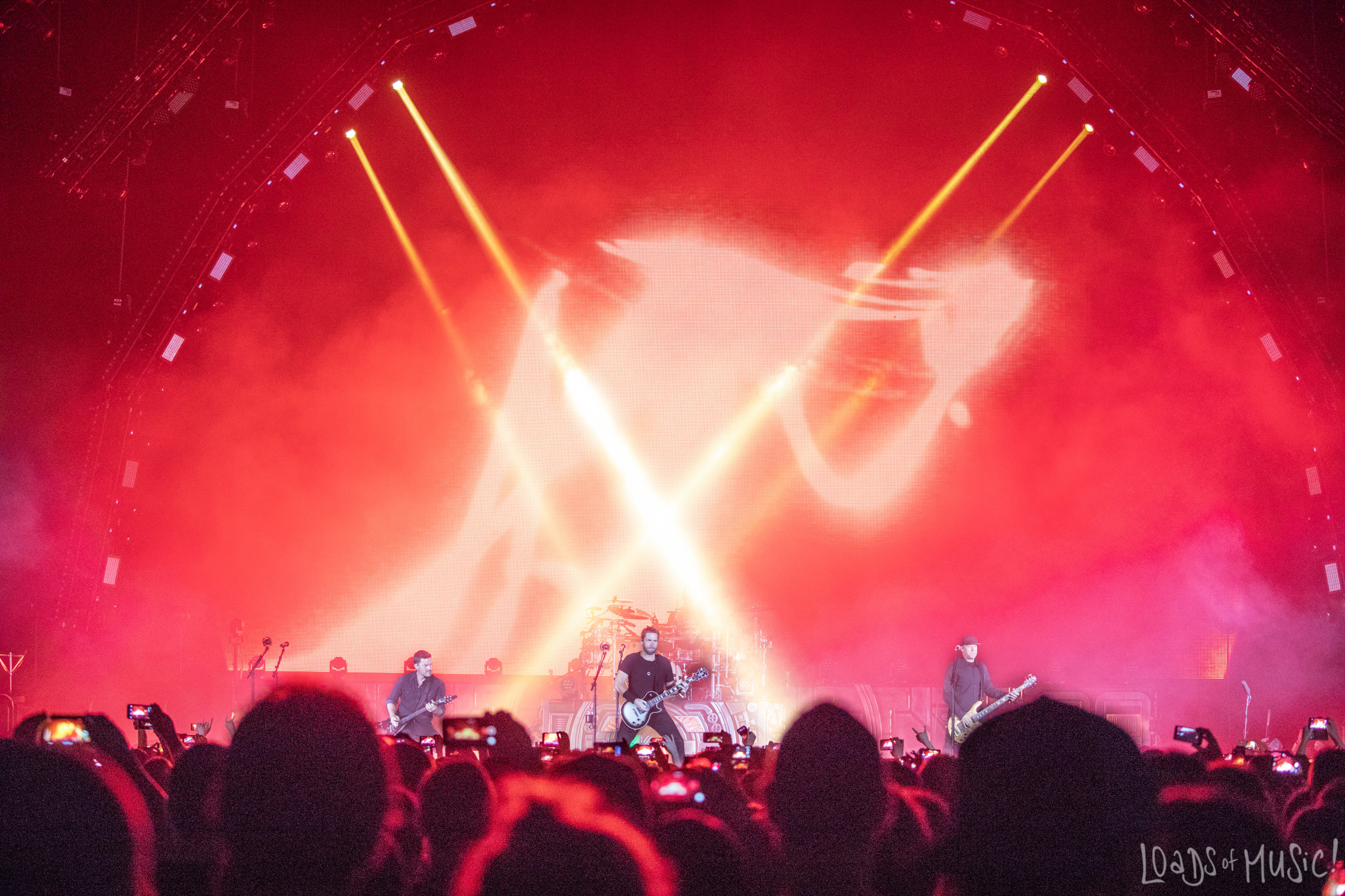 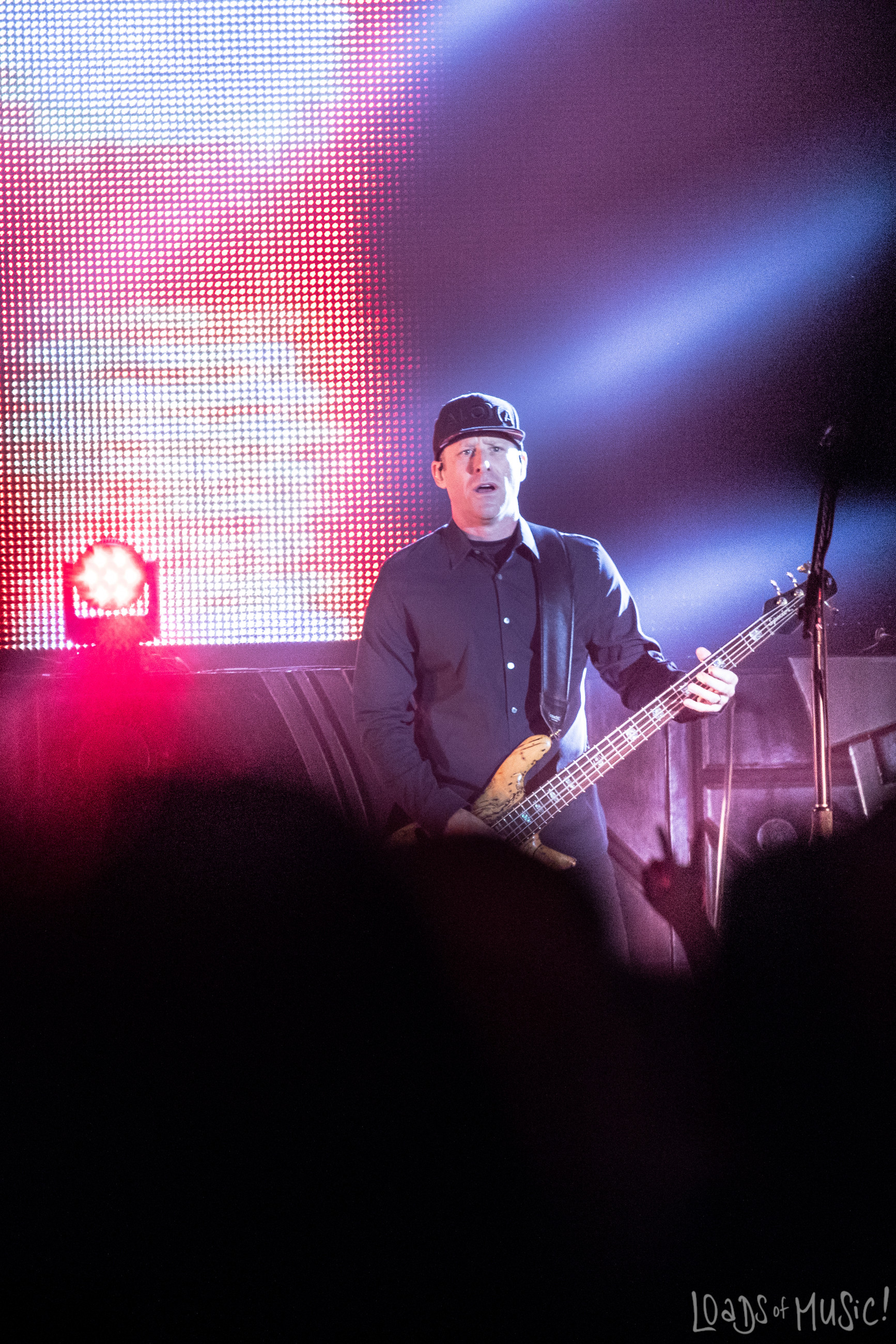 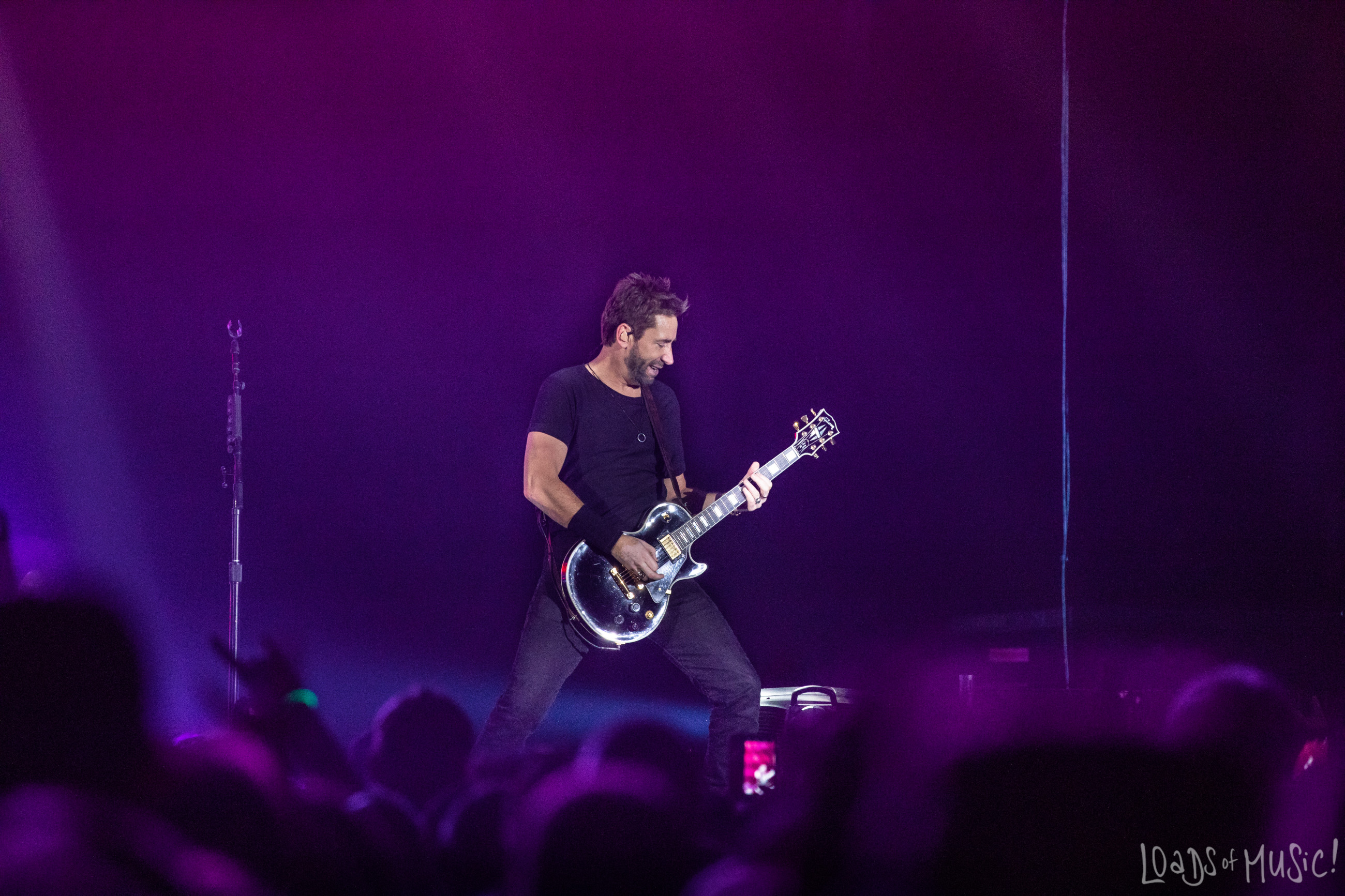 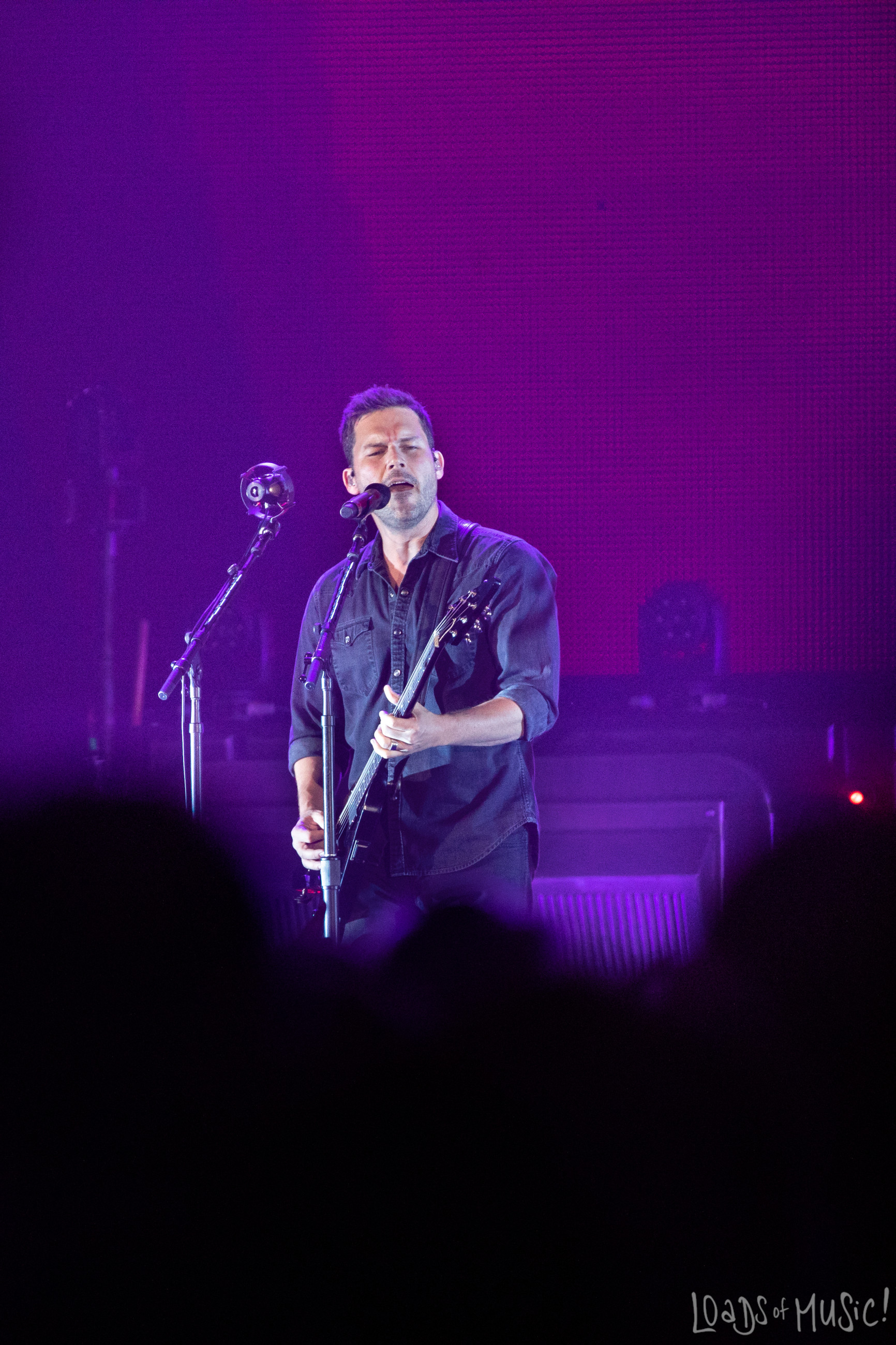 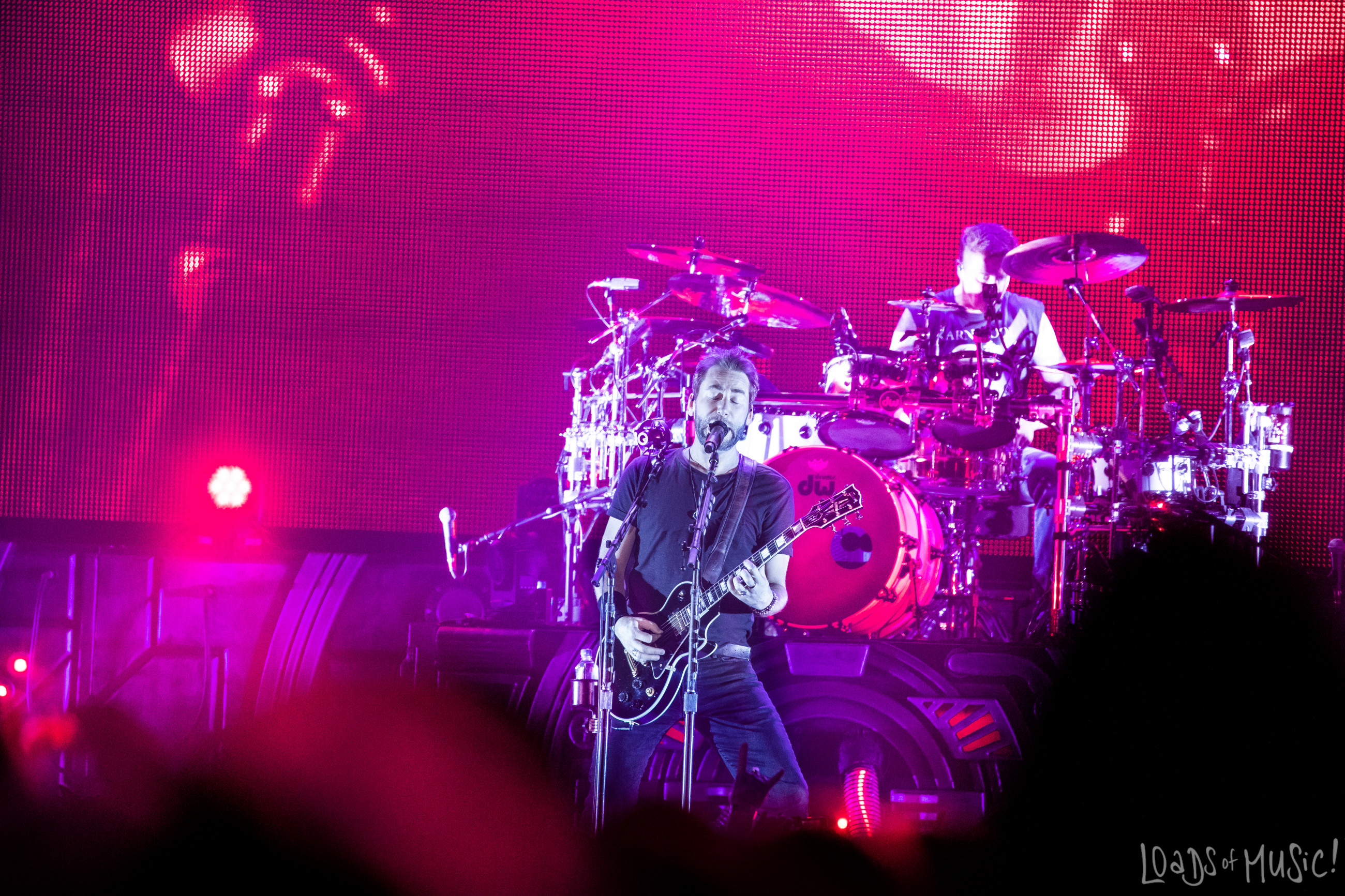 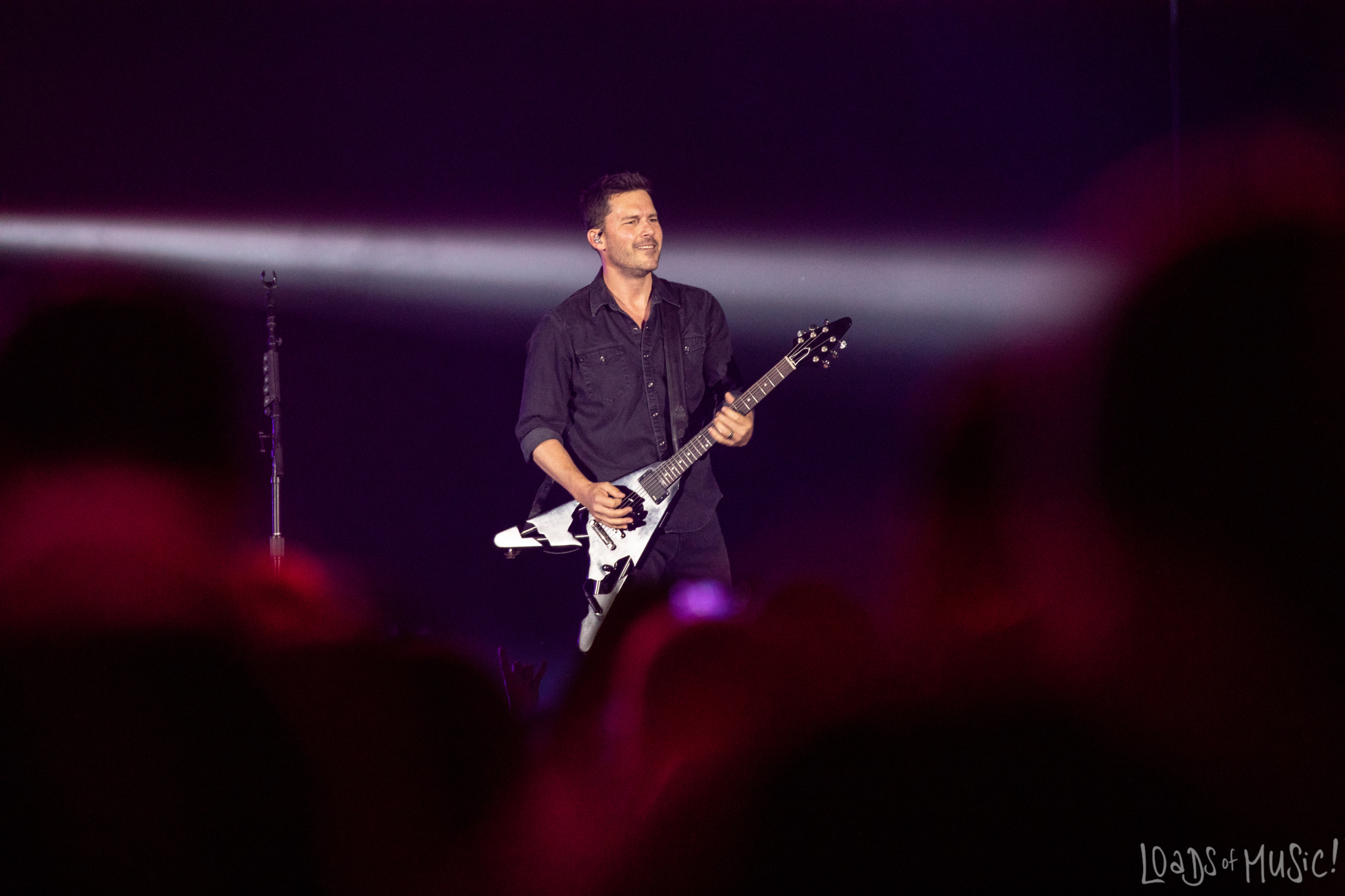 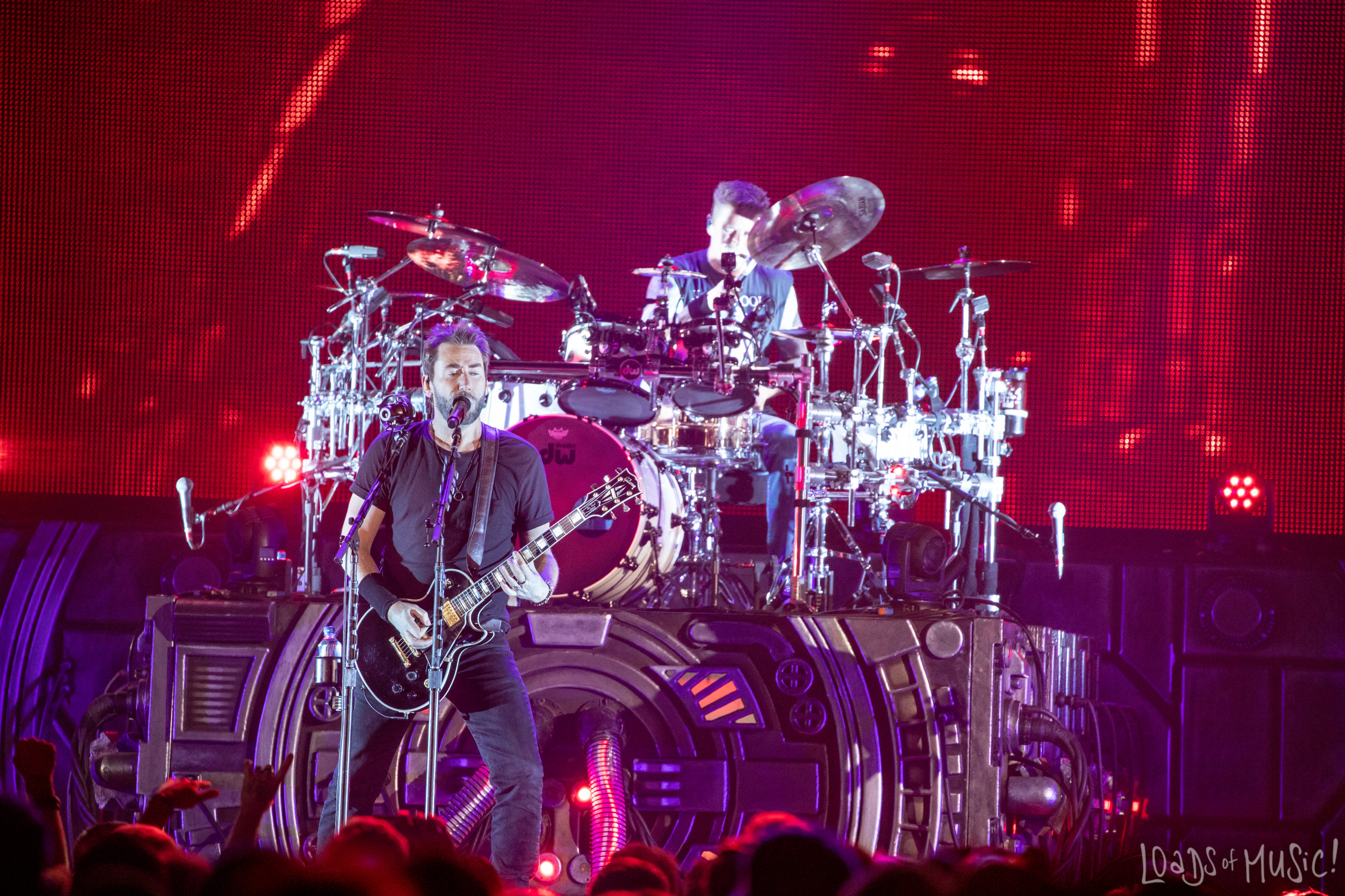