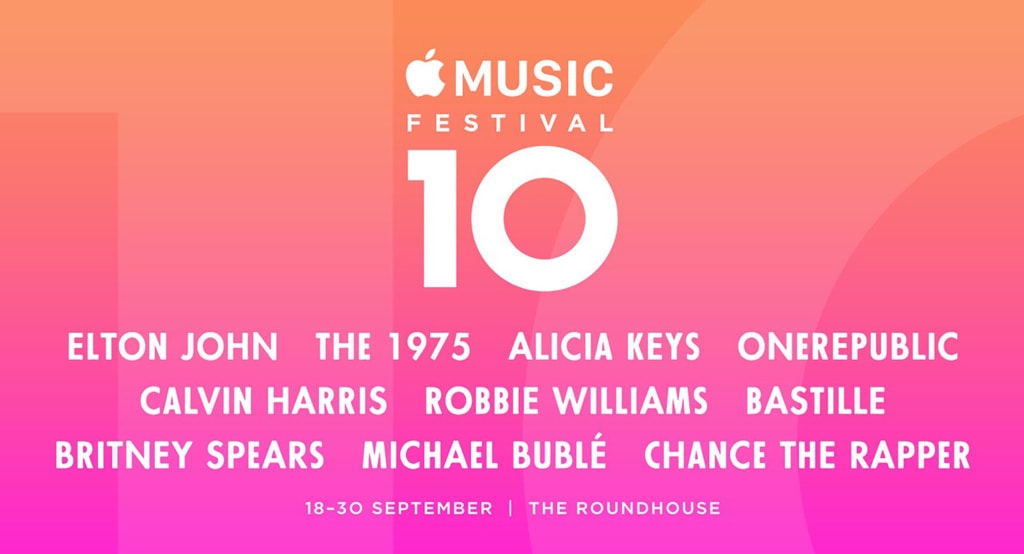 It’s that time of year again! Today the line-up of this years Apple Music Festival was announced. As usual, there loads of top acts waiting to perform for you at the Roundhouse London. During 10 nights the Roundhouse will be the place to be. Check out the line-up for the 10th birthday edition of the festival.

Of course the shows will also be available to those of you who had to stay at home. The Apple Music Festivals will again be livestreamed so it feels as if you’re there too. Last year we had the honor of being in London in person and experiencing the special atmosphere at the Roundhouse, while Mumford & Sons performed. Our review of that special night can be found here: Mumford & Sons at the Apple Music Festival.

Dates: 18. bis 30. September
Tickets: Can only be won by fans based in the UK

You don’t live in the UK but still want to see the shows? No problem!
Even if you’re not based in the UK, you can (as previously mentioned) still see all of the performances. The 10 spectacular nights of live performances will be made available live and on-demand to Apple Music members in 100 countries on their iPhone, iPad, iPod touch, Mac, PC, Apple TV and Android phones.

Make sure to also check out the hashtag #AMF10 and follow Apple Music on their social media channels to stay up to date. Here are all of their plattforms: Facebook, Twitter, Instagram, Snapchat, tumblr.