Another night, another concert, another italian musician too! After seeing Nek at X-Tra, Tiziano Ferro was the next italian to stand on a swiss stage. This time at a slightly larger venue, the Hallenstadion.

Super happy that I got to take pictures again. This was my first time standing in the pit at Hallenstadion. Therefore, a big thanks to Culture Communication GmbH and abc Production AG for giving us the chance to be there.

The italians know how to party!

A few minutes after 8pm, the lights went out and the ladies and those couple of guys in the front row went crazy. The screams were getting louder and the smiles bigger. The band came up on stage and started playing. Smoke started to rise up and there he was. Tiziano Ferro began the show with his first big hitsong „Xdono“. The huge screen in the background lit up the entire venue. The next 2 songs were more of a blur for me, I tried to concentrate on taking pictures 😉

Next task: Get rid of camera and enjoy…

When the 3 first songs were over all photographers were accompanied back outside. Some of us were able to go back inside to enjoy the rest of the show. I was pretty surprised that I knew quite a lot of songs, of course I couldn’t sing along, my italian is limited to food and soccer – pizza, pasta, prosciutto, calcio 😀

Gotta admit, I was super impressed with the lights during the show. So many spotlights and lasers plus the big screen in the background. I always thought that lights at such a huge concert were all programmed and automatically come up when they’re supposed to. But at this show, many effects were manually operated. I was totally fascinated by how the light-dude made that stage light up and look so cool. 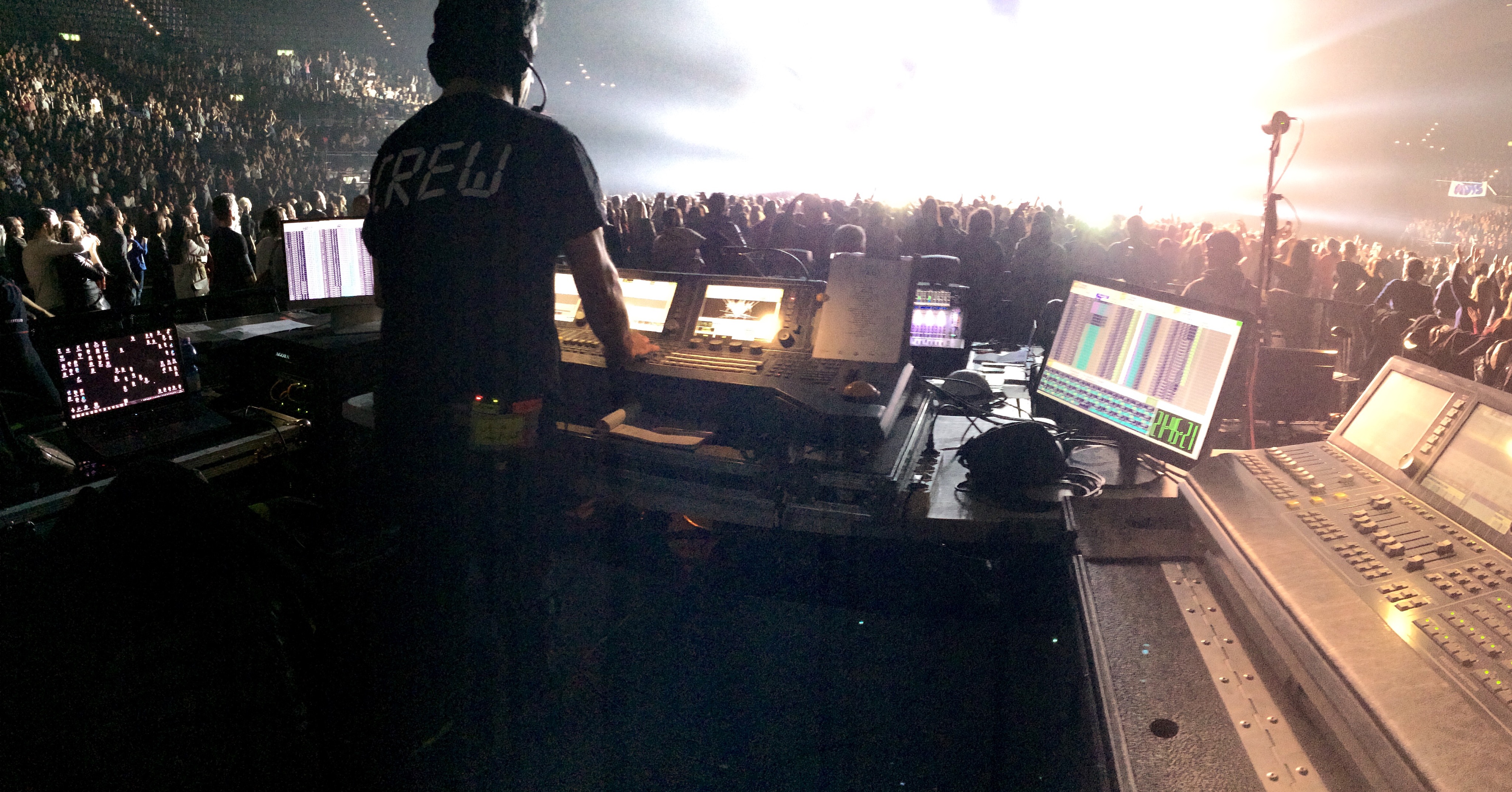 Of course it wouldn’t be a „proper“ show without some dancers and different outfits, right? Mr. Ferro definitely knows what he looks good in. Be it the fancy black suit during the first couple of songs or the red shiny one that even seemed to sparkle a bit, the casual blue shirt or a simple tight black shirt. He looked good in all of the outfits. The dancers looked great too, Tiziano even joined in for a couple of moves. Maybe not quite as in sync as the pros, but he still managed to keep up 😉

I loved the way he introduced the band. During the last song „Incanto“ he grabbed a camera, which from that moment on was broadcasted live on the big screen. First off he took some video-selfies, giggling while looking up at the screen to check if he’s in the shot. Then a ran up and down the stage to capture some footage of the fans. After that he went to every single band member. The names of each member then appeared on the screen. Love this, since most of the times I can’t catch their names when the band is introduced, either someone screams in my ear or I just don’t understand the names 😀 so this was definitely a great idea.

All good things come to an end eventually…

I’m sure you’ve seen this before… Even before the encore has started, many people already head out of the venue. Some need to catch a train, some just don’t want to get caught up in traffic. But this night was different. Even during the last song, there were barely people leaving. They obviously wanted to enjoy every last bit of the show.

All in all, it was a pretty cool concert. The atmosphere was very laid back and everyone seemed to be in the mood to party. It was a super long show too, I think it was a 2hr show, the setlist seemed never ending. Sure the fans didn’t mind 🙂 I have to be honest, I felt like the interaction with the fans was missing a bit. He didn’t quite hit all the notes either. But it still was a great show.

Unfortunately Tiziano announced that he had to cancel the next couple shows because of some health issues. So this comes to show that he really wasn’t  feeling 100% during the gig in Zurich. So in retrospective, my personal „negative“ points really don’t seem to matter much. I’ll definitely forgive him for all of that. I don’t know how he was still able to pull off a show like that when feeling miserable enough to cancel the next shows. I know it’s never an easy decision to make and only happens when there really isn’t any other way. So kudos to Tiziano Ferro for still delivering like a pro!