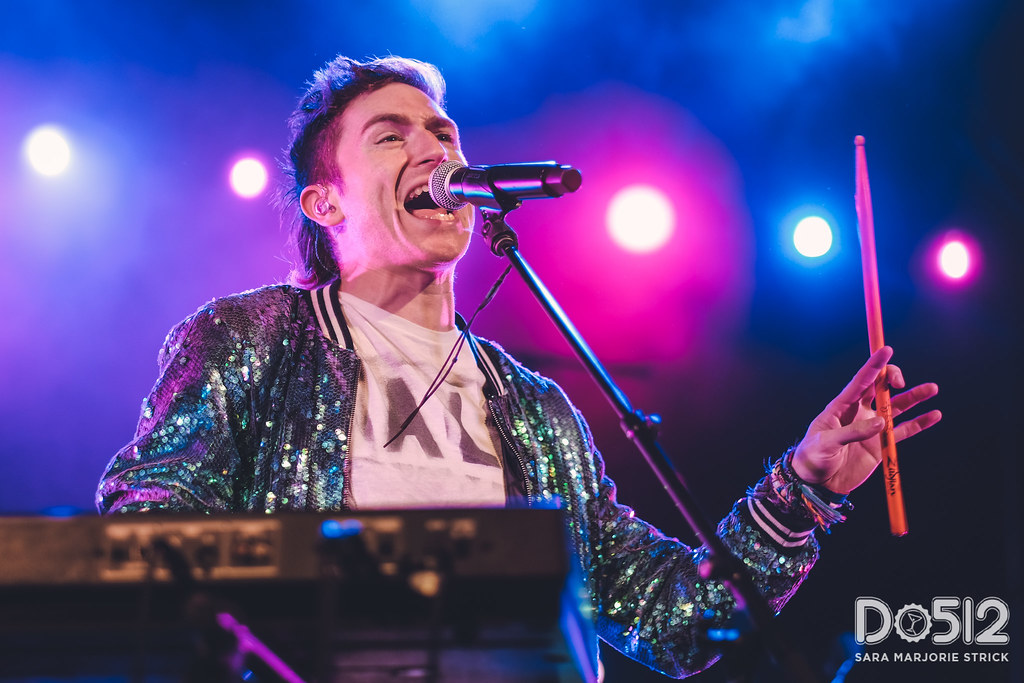 Almost 2 years ago I was introduced to WALK THE MOON. During my time as a volunteer in South Africa a fellow vol let me listen to this one song…

Tightrope was that one song, that one song that now still makes me smile every time I hear it. Just because it reminds me of how much fun I had down in South Africa.

Even though this indie band from Ohio isn’t that big in europa (yet!), WALK THE MOON have played the big stages in the US. No matter where they play, be it Lollapalooza or Bonnaroo, their liveshows rock! But also at smaller and intimate shows, they show off their talent. But have a look for yourself A few years ago they got to play a small session on a really cool roof top:

The bands debut album, which was released independantly, also brought out their first hit. “Anna Sun” got quite some airplay from indie radio stations. After that, one thing lead to another. Suddenly the band was signed to RCA and released their second (first under a major label) album „Walk The Moon“. Some of the songs off of the first album were re-released, but a bunch of new material made its way to the album as well. The new songs clearly show what kind of liveshows you can expect. The songs are all pretty lively and catchy. I for one can barely sit still while listening to them 🙂

Last year in december, after a few exhausting tours, their 2nd album under a major label was finally released. “Talking Hard” brought out their greatest hit to date. “Shut Up And Dance” climbed up to number 4 on the Billboard Hot 100 charts, not bad, not bad at all!

But the thing that made me even happier, last week I finally heard one of their songs on Swiss radio! Let’s hope that’s a good sign. I would love to see them live. A small EU tour is confirmed already, but unfortunately, little ole Switzerland is not on the list (yet?)…

So, dear radio stations, please keep playing WALK THE MOON! Maybe this way we can get the guys over to Switzerland soon.

Ok, so what do you guys think about WALK THE MOON’s music? Do you like it as much as I do? Leave a comment and let us know!