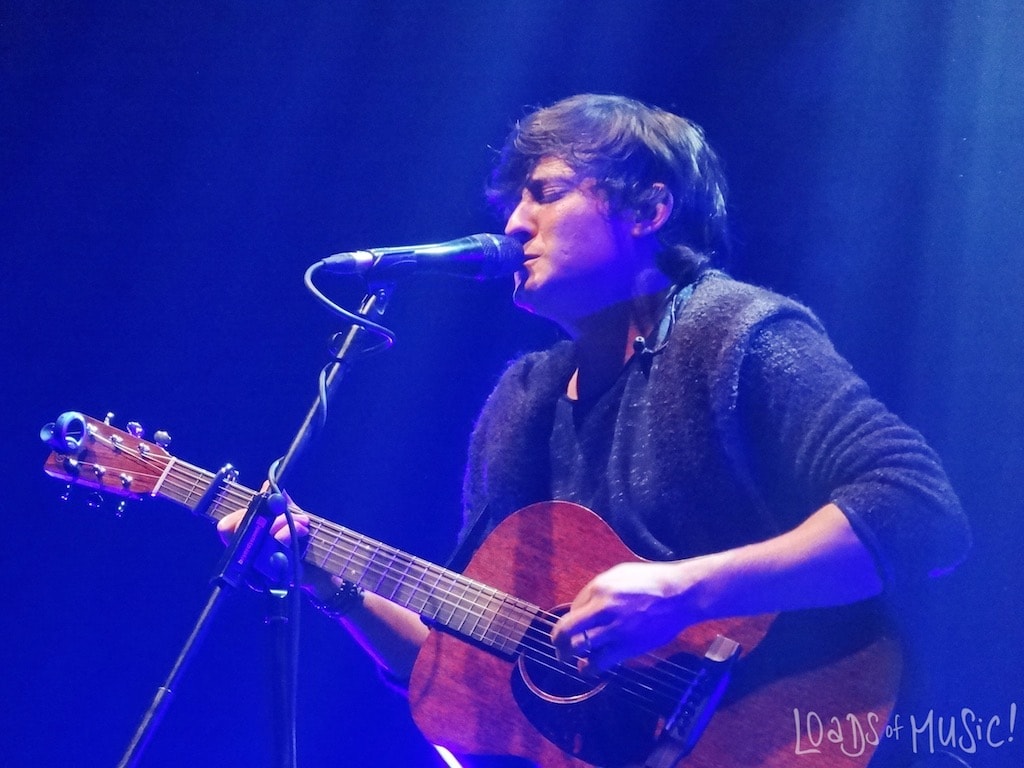 I have to confess, that I am not a huge fan of support acts. If it was for me, I would go straight to the main act, but I am aware, that a chance must be given to the newcomers. But there were really just a hand full of support acts that blew me away.

Late march was the time again: me going to a concert! And there he was: Colton Avery, the young singer/songwriter from Phoenix, Arizona, who has been active in the music industry for quite a while already. His first album is already available (Waves, can be found on iTunes, for instance). And, he also provided to Glenn Beck’s “Man in the moon” 3 songs. His song “Cinderella” even made it to the abc series “Switched at birth”. For such a newcomer, this is quite a deal.

Well, how came, that such a „small“ musician was engaged to play as the support act for The Script? Well, it started this way: While The Script were on their USA tour last year, with Train and Gavin DeGraw, they asked Colton for a show in the VIP area. He was actually considering giving up music back then; I am glad he didn’t!
The highlight of the day was, when Jimbo Barry (producer for The Script and others) bought Colton’s first album. A few days later, Colton got a positive call from Jimbo, and now, he is touring around with The Script.
And there he was, as first supporting act for The Script, standing all on his own with his guitar at the Festhallen stage in Bern. When the first tones of his song “Murder” rang, he had already won plenty of new fans! It’s quite hard to impress such a huge crowd just with a guitar, but Colton’s amazing blues-voice totally made it!
He covered Michael Jackson’s theme “Human Nature” with his amazing voice, and everybody was holding their shiny smartphone lights in the air… I definitely loved it!
Last but not least, he sung “Weatherman”, the song he recorded with The Script. How did this cooperation happen? Well, The Script promised to record a song together, if he was able to reach a certain amount of followers on Facebook. And, they kept their promise! 😉

I must admit, that I changed my mind about supporting acts after this show. I was totally amazed during those 30 minutes filled with new undiscovered songs.
Colton Avery is a strong newcomer in the music industry, who we should definitely keep an eye on!