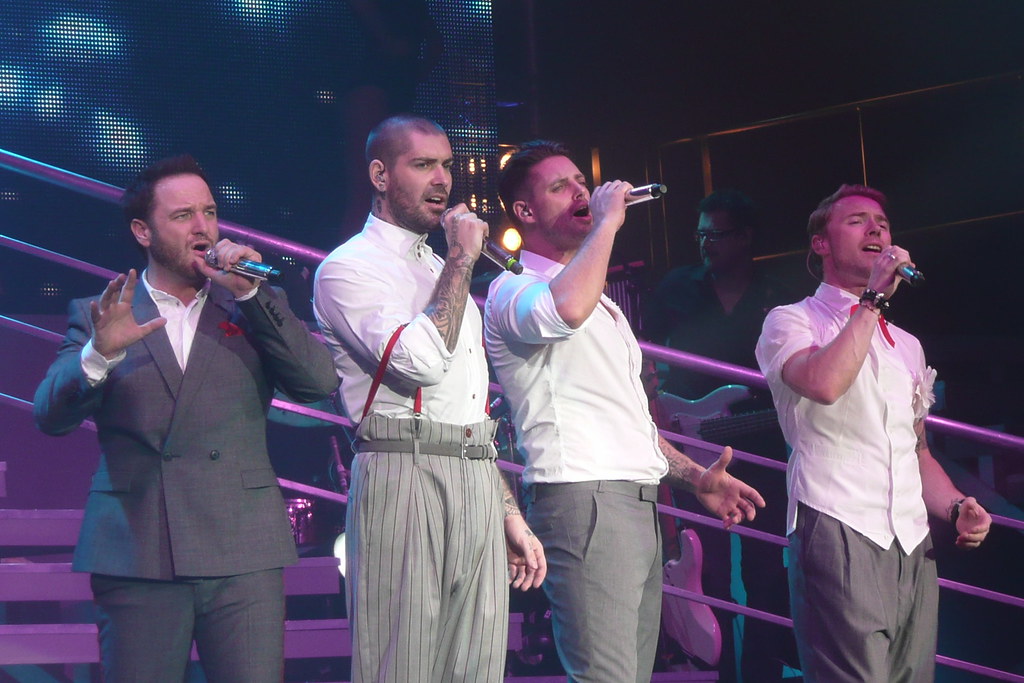 It’s hard to believe but, the Irish boyband Boyzone started their career already 20 years ago!
Just on time for their band anniversary, they released end 2013 a new Album. The now grown up family dads split in 2000 when they were on the top of their career, and had a huge comeback a few years later. 4 years ago band member Stephen Gately died unexpectedly – a very sad day for all the fans. They decided to keep on their career going as Boyzone, and published in 2010 the album “Brother”.

With their newest album “BZ20”, they remind us to the sound of earlier albums. The Irish may have grown up, but their music reminds me a lot to the 90’s. There is definitely some nostalgia in the air!
Ronan Keating’s voice can be heard pretty good on their catchy songs with refrains you can sing to. Does anyone of you already own this album? I just heard a little bit on iTunes

… and also found a song that I like from the very first second: “Who we are”

I allow myself to express a very own personal opinion, without offending anybody: dear Shane, please shave your beard! 😉

August the 2nd, the band is going to end their summer tour in Belfast, Ireland. It’s quite doubtful that the quartet will perform in arenas outside from UK or Ireland. But a fact is, that with BZ20 a new chapter started for Boyzone’s career.