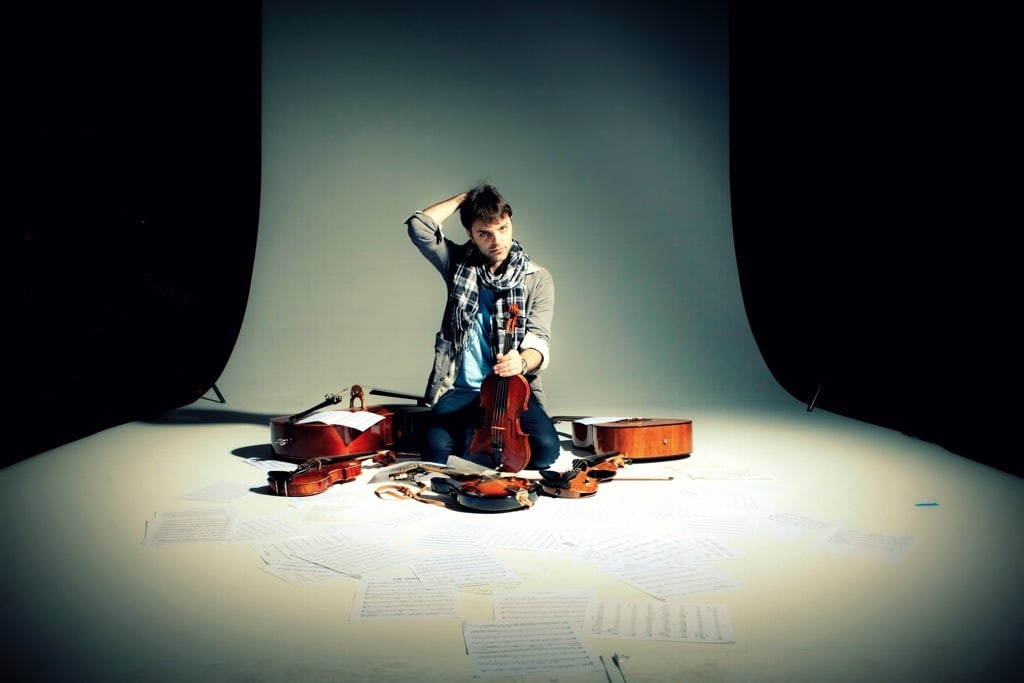 Ever since Vanessa Mae I’m sure we all know that the violin doesn’t only belong in a classical orchestra anymore. Andrew Joslyn is another great example. Even though his name might not ring a bell, I’m positive that you’ve heard him before. Probably many many times. Just like many others, I have first noticed him through his work on Mackelmore’s album „The Heist“. Andrew had written all string arrangements on the album (which by the way was nominated for 7 Grammys and won 4 of them).

Not too long ago Andrew was still a „normal“ employee at a Seattle based Indie label. But he quit his job to pursue a very different kind of life. A life on the road. Together with another member of the Passenger String Quartet (another project Andrew is involved in) he travels around the world to play in gigantic venues infront of thousands of people, night after night. It must have been a terrifying step to quit his day job, but in the end I’m sure it was totally worth it.

The Passenger String Quartet has been founded by Andrew. A quartet which doesn’t only act as studio musicians, but is also booked for live performances around the country. Be it with Mary Lambert on Jay Leno or gigs with Suzanne Vega, Kris Orlowski und Susy Sun (an artist that you should really check out. A very talented singer with an adorable and charming voice) Have a listen:

I guess it’s pretty clear that Andrew Joslyn is an incredibly talented musician! It’s very impressive how many different projects he’s juggling at the moment. He’s not only on the road with Macklemore… Together with the Passenger String Quartet he’s been working with David Bazan another talent from Seattle (they really must be putting something in the water in Seattle, so many great musicians in Seattle!). The singer/songwriter is going on a big US tour this fall, together with The PSQ. You can check out the songs on David’s website. I personally think they sound great! So if you’re in the US and get a chance to go to a show, please do yourselves a favor and go 🙂

The songwriter, composer and all around nice guy Andrew Joslyn has already achieved a lot! I’m sure that we’ll be hearing more of him in the near future. Having his own little studio in Seattle will certainly help him work on his music and go places! Andrew is a fascinating musician and very likeable young man. I for one am crossing my fingers that he’ll be able to keep doing what he loves and that his dreams will come true.

I have to admit, I was never a big fan of violins or classical music. But after meeting Andrew and digging into his career, I must say, a little bit of string action can even get hip hop songs something magical… Don’t you think?