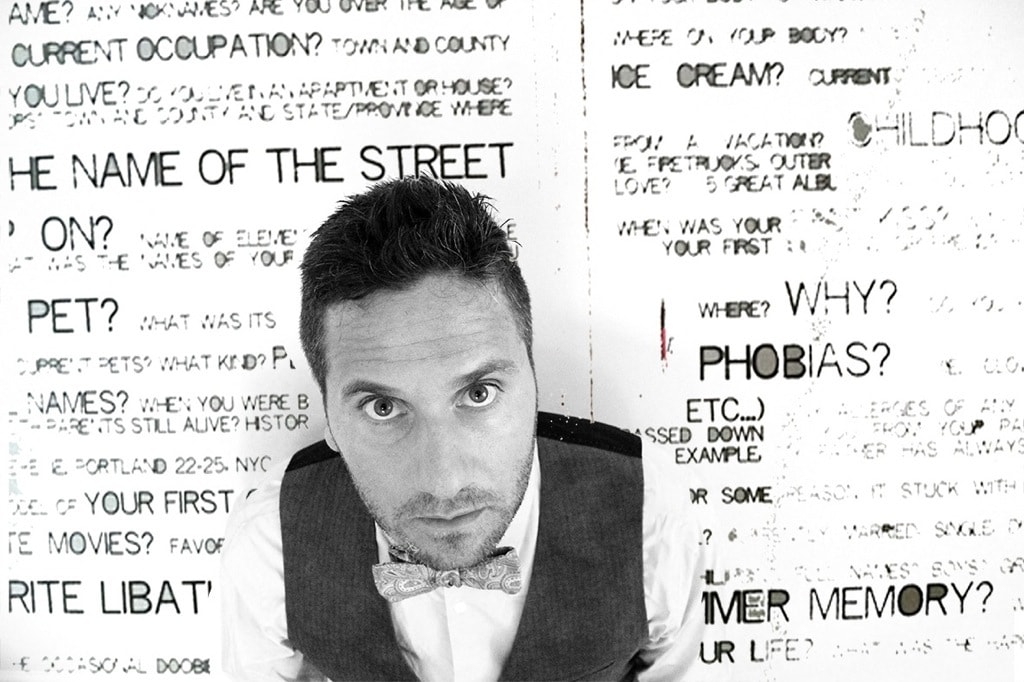 Yep, it’s time for you all to discover some new music. Even though I just visited most of the important music-cities in the States, this artist turned up on my radar as more of a coincidence, a pretty lucky one. Jim Bianco, a name that most of you will probably not recognize. Honestly, I didn’t either, but after he told me he played the Blue Balls Festival in Lucerne I got very curious!

While I was googling Jim Bianco, I did have to smile a bit. Somehow I always end up „finding“ the same kind of artists that surprisingly end up being connected. Well, while looking up pictures, Joshua Radin kept popping up on my screen. Not long after, I found out why. Just like Joshua, Jim was pretty much part of the inventory at the Hotel Café  in Los Angeles. Jim’s album „Sing“ had successfully been released on the Hotel Café label. Shortly after Jim embarked on a Hotel Café-Tour through the US and Europe, together with other artists that have been taking the Hotel Café stage such as Meiko, Greg Laswell, Joe Purdy or Ingrid Michaelson – just to name a few.

Even though Jim Bianco’s music isn’t the most conventional, especially in the singer/songwriter circles, he couldn’t complain about not getting support and recognition. His wonderful raspy voice definitely helped 😉 Appearances on NBC’s Craig Ferguson or the Mountain Stage or his song on HBO’s True Blood and other shows. But hey, go have a look for yourself and see how he did on Craig Ferguson:

If you think Bianco is the typical singer/songwriter you’re wrong. You will definitely not only find the serious songs about relationships, love and heartache. He obviously has no problems with making a bit of a fool of himself. One of the first videos I looked at was „That’s What She Said“  and oooh my! I couldn’t stop laughing. A very refreshing, funny, silly video and song if you ask me. Stuff like this makes people extremely likeable and cool!

His newest album „Cookie Cutter“ is another example of how Jim Bianco does things a bit different. 17 different people had been asked the same 69 questions. The answers then were used to write the songs. Sounds funny, but turned out really cool. On YouTube you can check out a 1hr video of Jim performing the new songs. Or why not just buy „Cookie Cutter“ on iTunes  – you gotta support those independent artists, right?

The next big project is already in the works: „The Jim Bianco Big Band“ – and just as you might have thought, there’s going to be brand new music with a lot of instruments like trombones, clarinets, trumpets, saxophones etc. The new album should be ready by the end of the year, if you cannot wait until then, head over HERE  and get a little taste of what’s to come. I personally love this kind of music too, so I cannot wait to hear this new album.

So, what do you think about my new discovery? Thumbs up, right? 🙂