Behind The Scenes at “Live at Sunset” 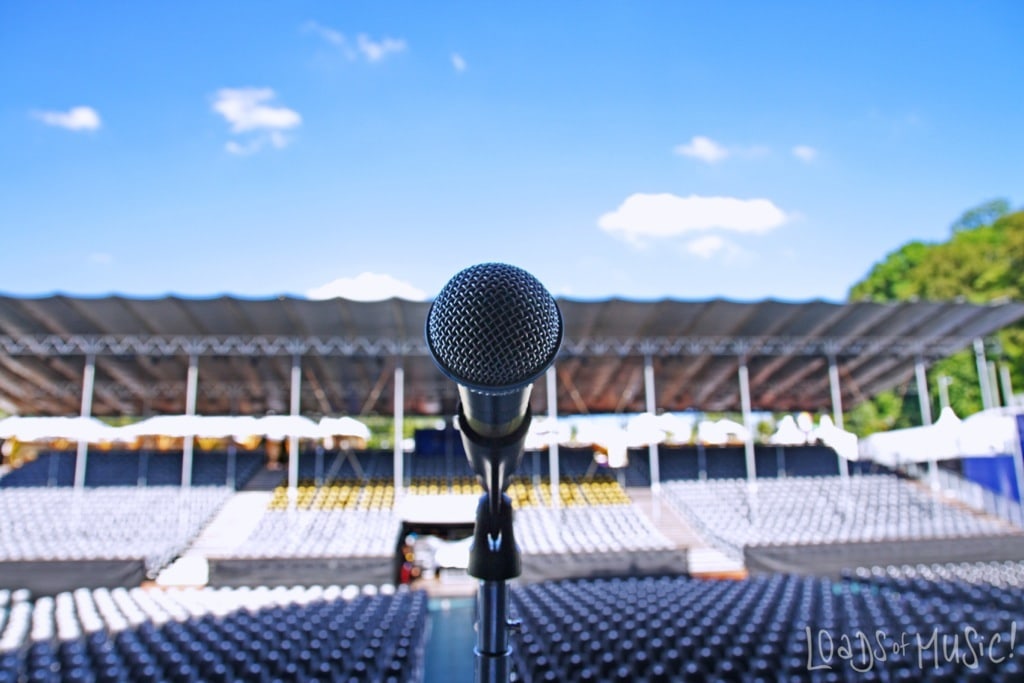 Alrighty, just as promised, here’s the slightly different blog post. As a bit music and concert fan I always wanted to go backstage and see what’s going on there. Thanks to AudioRent Clair AG I was finally able to do that! Even though this name might not ring a bell, I can assure you, you’ve probably been to one of their events before. If not at the Live at Sunset shows, maybe at another concert or event. You can check out some of their references right here (and these are only a few…).

Now this was pretty much the perfect blogger event for me. Loads of Music (see what I did there? 🙂 ). But now back to the beginning. The very first highlight of course was the early entry which got us the possibility to watch and listen to James Arthur doing soundcheck (lucky us!). Fueled up with some drinks and snacks we headed down to our first stop. FOH (front of house) was just starting to get ready, here’s where the magic happens. Without the guys here the sound wouldn’t be half as good ;). Next stop was the catering area. Wow… not bad, they just started to serve the food, it looked pretty delicious. Some artists are known to have their own cooks etc, not a problem, they can get in touch with the crew on site and discuss and coordinate different options. The view from there is pretty cool too, you can see the outside pool next door and guess what, some artists have been caught jumping in the water before the gig… Let’s keep going… We can now have a look at the office spaces, where all the logistics are taken care of. It might look a bit chaotic, but it sure as hell is working, otherwise it wouldn’t always run smoothly out there. Now the moment has come, are we going to be able to have a look at the dressing rooms or not? Our „guide“ is using his radio to check-in with the management. But, unfortunately James is taking a power-nap at the moment, so no dressing room visit for us 🙁 But hey, I’m sure he needs it and we’ll have to accept it. Would have been cool to see the rooms though….

Now the exciting part, we’re headed towards the stage! At first we got to see where most of the equipment is being stored. There are tons of boxes, probably filled with cables and lights, but of course also some emtpy boxes where all the equipment that’s on stage right now will be put away after the show. Of course we’re always kept in the loop what’s happening at the moment or who’s responsible for what. Incredible how much work is behind all this. The stage manager himself is joining us for the stage tour. Wow, we’re actually standing on the same stage as Robert Plant, B.B. King, Sting and Tom Jones have before. James Arthur will be the next one on here. It’s pretty overwhelming standing on a stage like this… I think I would pee my pants if I had to perform on one of these 😀

Everyting is set up and ready for tonight. Everyone is taking pictures of themselves on stage – who knows when we’ll ever get the chance to do this again? A quick picture at James’ mic. Man this guy is tall, I’m standing on my tippy toes and can barely get close to the mic :D. After a couple more infos on how many lights are up right now and how mich power is behind all of them we are asked to leave the stage. The doors just opened and the first couple fans are headed towards the stage. And that was it… The official tour was over. After a delicious dinner we were however able to stay and watch James Arthur do his thing. The concert review together with a couple pictures is online already…

I have to admit, a huge event like this really does need loads of organization. For the people in the audience it might not seem that way, but there are so many people involved in making this happen. It was great to have the possibility to have a look backstage and be behind the scenes. It makes you (especially me, who goes to so many shows!) appreciate it even more. So at this point, I’d like to thank everyone who has helped make this amazing evening (or actually all the shows EVER) happen. I’m sure every single person going to a gig does appreciate all your hard work!