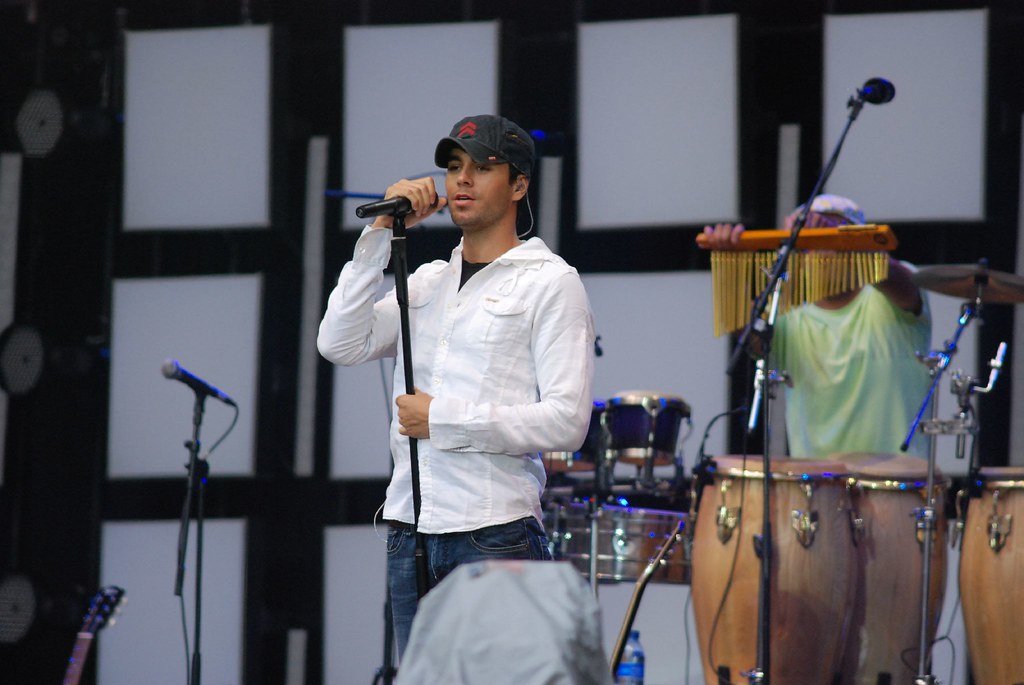 I’m back! After taking some time “off” I’m ready to go again. To make it up to you I’ll be telling you a little secret (but psst – don’t tell anyone else *smile*)

Back when I was 15 years old, there was this one CD that pretty much fell in my lap during the summer break. This album was the only thing I’ve listened to. I memorized the lyrics and listened to the same songs over and over again of course also drove my parents completely insane.
Alright, I won’t keep you hanging any longer. I was madly in love with the spanish dance/pop singer and actor Enrique Miguel Iglesias Preysler.

His first 3 albums “Enrique Iglesias”, “Vivir” and “Cosas del Amor” were my absolute favorite CDs at the time. Now, more than 10 years later I must admit, I haven’t really followed his career much lately. Still I just recently found myself singing along to this great summer tune I heard during my US-trip. It was Enrique Iglesias’ new single „Bailando“!
The super catchy song is from his newest album „Sex and Love“ which will be released as a deluxe version on August 1st this year.
Together with Descemer Bueno & Gente de Zona Enrique once more climed up the latino charts. Not only with one song, no no, there are 2 versions. English and of course spanish. I’ve started to hear the english versions on Swiss radiostations a bit, which is really cool! But have a listen to the spanish version:

This spanish singer (who by the way is still in a relationship with ex-tennis star Anna Kurnikova and has sold over 100 million records over the years) is on a big US tour at the moment. Around mid November us Europeans can get excited too. The „Sex and Love Tour“ will be coming to Barcelona, Madrid, London and other cities! Go have a look at the other tourdates right here.