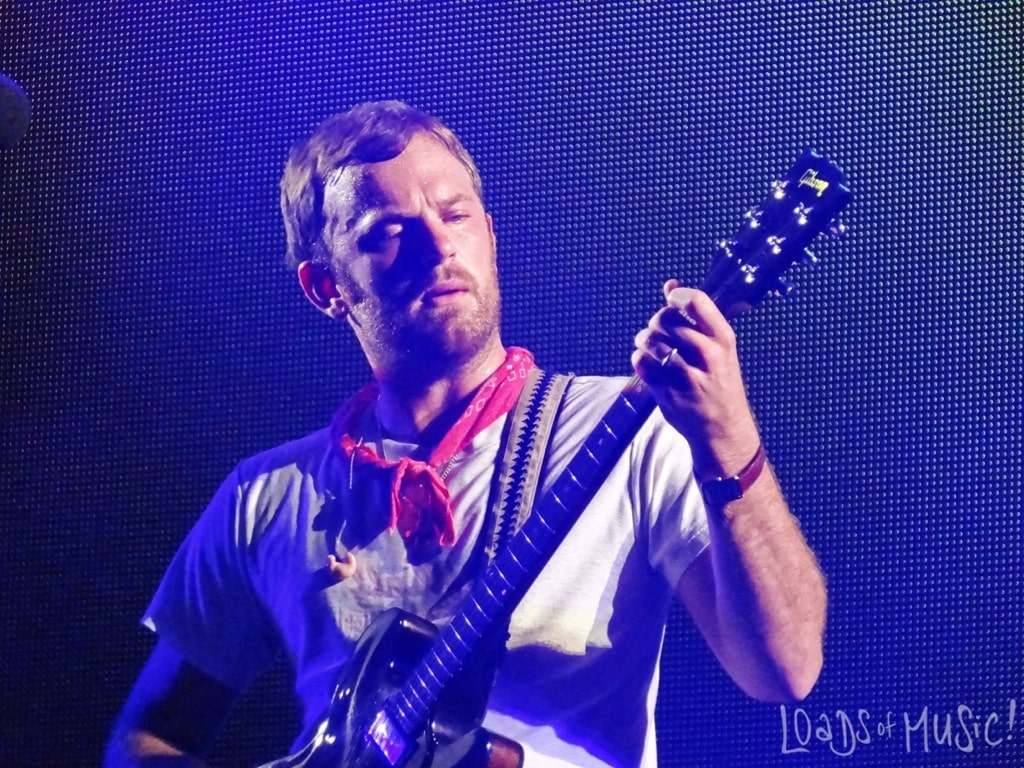 Yay, finally I get to see the Kings of Leon again. It’s been 3 years! The last time I got to see him at the Pink Pop Festival in the Netherlands and now I get to see him in my hometown, at the Hallenstadion in Zurich.

This time a swiss band got to open up for KOL. Baba Shrimps definitely showed everyone what they’re made of. There is a reason why they’re so successful. I was really positively surprised by their live-qualities… They played a small but very good set. A few weeks ago us from Loads of Music were able to meet them before their headline show in Winterthur. We are a bit proud to have them in our interviews section already. Here’s a video of their song “Europe” (which I actually really like – very catchy).

But now back to the main act. Musically I knew exactly what to expect. If you’ve heard one of their albums, that’s pretty much what you’ll get at a show. Maybe a bit more rocky here and there. But other than that, the songs are played more or less like they’re played on the CD’s. There are many bands and artists that spice up their songs a bit when playing them live. I like that, but I don’t think it’s always necessary. KOL show exactly that, I enjoyed their show even though there were no biiiig surprises.

Once more I was lucky enough to get a great spot in the front row. Surrounded by some hardcore fans. We will have fun, that’s for sure. The show was loud (but hey, it’s a rock concert – that’s how it’s supposed to be) and there was lot’s of rock. It was awesome! The stage itself wasn’t fancy at all, well, apart from the huuuge screen in the background of course. The lights and laser show was very cool, lots of different colors which makes it really nice to look at. There were a bunch of shots of the fans in the front row that was projected on the big screen – I wonder if anyone saw me 🙂 Later the screen was used to show us shots of the band or pretty orchids (I’ve definitely had an orchid overdose). The setlist was no big surprise either, filled with the big hits and some songs that maybe not everyone would know. It was a good mixture though, so even the people who haven’t heard the newest album „Mechanical Bull“ yet were happy. Unfortunately the security guys wouldn’t let us film during the show (the downside of being frontrow and right infront oft he security staff). But of course a bit further back there was some filming going on. Here’s a video of one of my fave songs „Pyro“:

As usual the big hits were saved for last. During „Sex on Fire“ it got really hot,literally… Fireworks and all… As far as I could tell the crowd was going crazy, but since all the die hard fans were around me, I couldn’t really see or here anything else than what was right around me. I did however see most, if not all the people get up from their seats – always a good sign. All in all another show I really enjoyed! The show went on very smooth, not much bla bla in between the songs (I know… I usually criticize that… but this time I really didn’t mind) but lots of great music!

So, did anyone out there go to the show as well? Would you agree with me? While walking out I did here some negative comments. Some were saying the band seemed distant and even a bit arrogant? Hmmm…