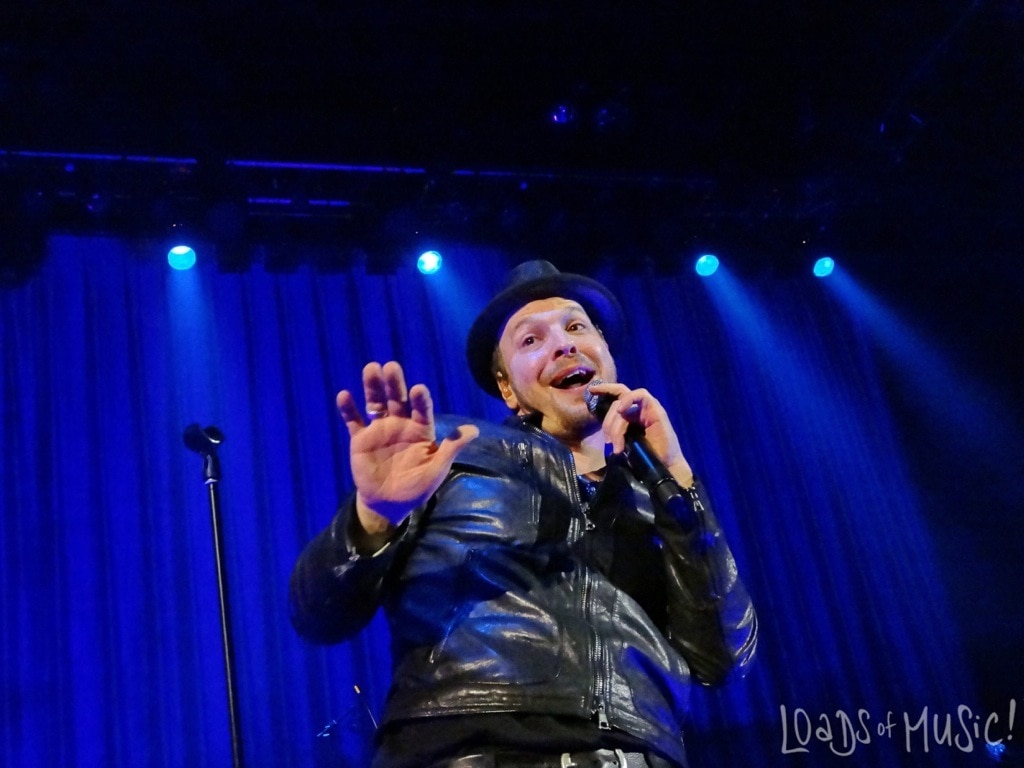 Finally, the day has come! Gavin DeGraw is performing in Zurich. On Saturday March 15th the New Yorker made his way to the Kaufleuten in Zurich. As some of you might know, this wasn’t the first show of the “Make A Move Tour” I’ve been to, but most certainly the most special! I’ve seen Gavin many times (12x in total) but only twice in Switzerland. So you can imagine, having him perform in my hometown and me being there is awesome!

At 6pm the queue in front of the venue was getting pretty long already, looks like the mainly female audience really wants to get the best spots in the house. At 6.45pm doors opened and the crowd rushed inside. Shortly after the support act Yellowire came out on stage. The band had already convinced me when I first saw then in London. Very refreshing and catchy tunes, a drummer with the most amazing curls (yes I am jealous of those perfectly shaped curls!) and just an overall happy and cool band! The crowd seemed to like them too, they clapped and danced along.
With songs like “Peter” or “Machines on Fire” they even got most of the crowd to sing a long a bit. Great band! If you don’t know them yet – go check them out. Especially live, it’s so nice to see a band have so much fun and enjoying themselves on stage!

A bit after 8pm it was Gavin DeGraw’s turn. In his maroon colored shirt, the tight pants and of course with a hat, he walked up on stage tot he intro of „Make A Move”. The screaming and cheering instantly got louder. I have to admit, my own pulse went up quite a bit too ;). Here he is.. in my hometown, on stage at Kaufleuten, and me standing there in the front row. *happy*
Starting out with some new songs at first Gavin got the crowd all pumped up. The third song coming up was one of the highlights already. The first couple chords of “Chariot” were played and everyone knew what was coming. The hit from back in 2005 is still one of the greatest songs. Almost an “oldie” and definitely still a “goldie”.
From the very beginning Gavin had made sure to be close to the audience. Be it with intense eye contact or even holding hands and serenading girls in front row…

My personal favorite part of the show was almost there. Gavin starts telling the story how and when he decided to become a musician thanks to Billy Joel. Of course he then also mentions casually how he now is going on tour with his idol – how cool is that? He then sits down at his piano and starts to play „She’s Always A Woman“. We all are being reminded of how beautiful that song is and how beautifully Gavin sings it. A big plus of course was that he then went right into „Where You Are“ one of my favorite songs! Goosebumps all over. Well, I guess I like him the best when he sits at his piano! But have a look for yourself, this was taken at the show in Milan:

The show keeps being a mixture of old and new songs. Mainly the old songs like „More Than Anyone“ got the crowd to sing along very loudly. Then when the band started playing „I Don’t Want To Be“ the audience once more exploded and made the venue shake. Lots of jumping, cheering and singing was going on. Pretty sure even the last person in the audience was singing along by now. The „One Tree Hill“ title song seems to still be one of the crowds favorites.

Gavin and the band then left the stage. Of course it wasn’t over yet. They came out minutes later. „Leading Man“ was the first encore. Last but not least the one song that actually got played on Swiss radio stations came up: „Not Over You“. A wonderful closing song. Gavin and his band waved goodbye and left the stage. Surprisingly only minutes later Gavin came back up on stage and started signing stuff and taking pictures. What a great guy he is! I’m sure after this night he has won over lots of new fans. It was a great show, but the frequent concert goers trained eye could see that he wasn’t totally up on his game. An acute vocal chord inflammation had forced him to cancel the two gigs before Zurich (Hamburg and Aarhus). Nevertheless he did put up a great show and I’m sure he gave everything on stage.

I didn’t get too many good pictures in Zurich, so I’ll just post a nice little mixture of pics I took on this tour. You can find all pictures on my Flickr account