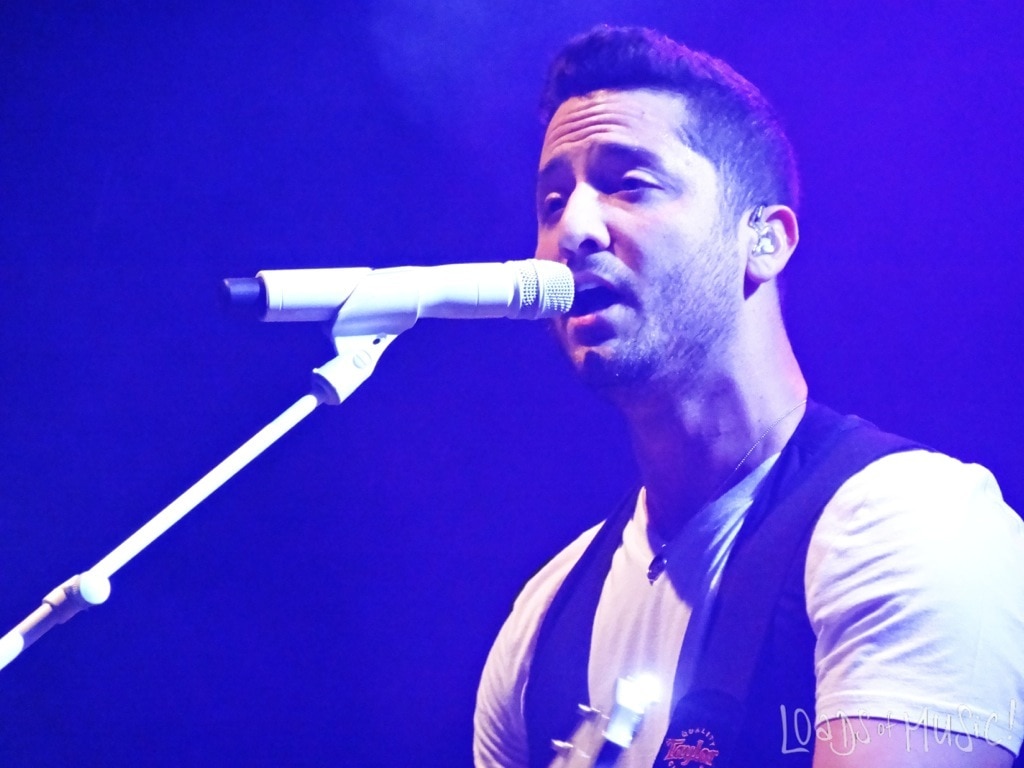 After skipping Switzerland on their last tour, the 3 guys from Florida finally decided to come back here! Boyce Avenue made a stop in Zurich on Monday and upgrading to a pretty decent venue (compared to last time) if I may say so. Last time they played Abart (which unfortunately no longer exists), this time it was the big stage at Komplex 457 in Zurich… Not bad!

The support acts were quite good this time! Hannah Trigwell opened the show and played a couple of songs. After her Nick Howard, known especially since winning “The Voice of Germany” a while back. Of course we knew what to expect, nothing less than perfection… It wasn’t the first time we’ve seen him live. So yeah, it was great, as always! I was able to capture one of my favorite songs on video too. Go check out “Falling For You”.

A while later it was time for Boyce Avenue – finally! The audience welcomed the boys on stage with great applause! There wasn’t much blahblah, they dove right in. The first couple songs were over in a heartbeat. I’m not sure if it was just the big venue or the audience or whatever. But I have to say, the show was a bit impersonal. The songs were great, of course. They are 3 very talented musicians, no question about that. Their original songs are just as good as their cover versions. But after a while it seemed a bit as if they just wanted to get it over with. Daniel on bass was the only one who every now and then smiled, and actually seemed as if he had fun. The fans in the first couple of rows were having a great time and I’m sure many happy people left the venue after the show. A bit further back you could hear lots of people talking though… A little group in the middle of the crowd started to scream out names and what not, especially during the slower songs and ballads. This was fun at first, but after a while it was just very disturbing. Also a bit disrespectful towards the artist. Oh well, back to the show. I’ve heard a couple people complain about the guys not singing too many cover songs. Hmm… ok, I guess that’s everyone’s own opinion. Yeah, I got to know them through their cover songs, my favorite cover wasn’t played, but their original songs are just as good, aren’t they? Here’s a nice example:

Yep, for once this isn’t a concert review where I’m all in awe and enthusiastic about it. It definitely wasn’t a “bad” show, but I guess not only with music but concerts as well, everyone has their own opinion and what one finds negative another might appreciate. All in all, I was a bit disappointed to be honest. Back in 2011 when I saw them last, it was just… let’s say, “nicer”…

Nevertheless, I’ve brought you some pictures. The light wasn’t very “friendly” but I guess considering I only had a little pocket-camera to work with, the results are ok 😉