Interview with Kensington in Zurich 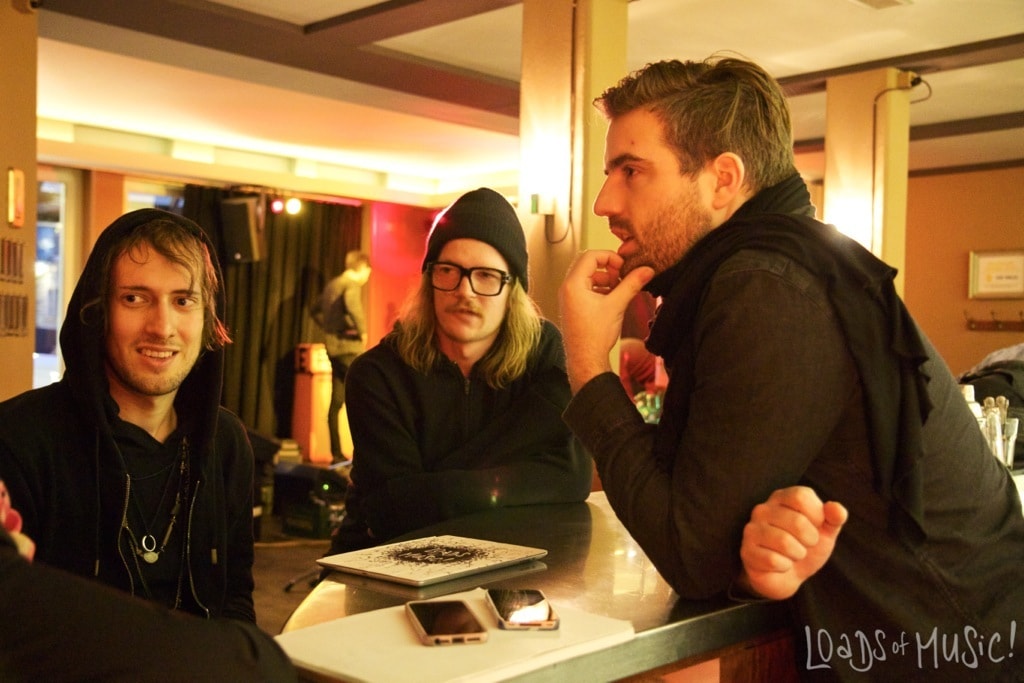 Kensington – a name you should all remember. The band from Holland played an amazing sold-out show at Eldorado in Zurich on Wednesday! Great vibes, great crowd and awesome band, what else can you wish for? We had the chance to meet the guys before their show and ask them a couple of questions… Casper (guitar & vocals) and Jan (bass) met us at the bar. Eloi (guitar & lead vocals) joined us a bit later.

You’re playing 3 shows in Switzerland, that’s quite a lot of time you get to spend here, do you have any time to go sightseeing or do fun stuff?

Casper: Playing shows is fun! But we don’t really have a lot of time to do sightseeing. But when you’re in a van with big windows and you drive through the cities, you do see some stuff. I’ve been driving all around Zurich today – it looks amazing, even at this time of year. So we do get some impressions oft he countries we’re in…

Have you had any favorite places you’d like to visit again?

Casper: I would say Gampel! We’ve never played on a stage in between mountains! Indonesia was pretty awesome as well. Holland doesn’t really have nice scenery….
Jan: Yeah, it’s pretty flat. I mean I like it, but you’ve seen it after a while
Casper: We like mountains, we don’t have that in Holland, so they’re special to us!

The band as such exists since 2005, a lot has changed over the years. Is there anything you miss from back in the days, when you were still unknown?

Casper: The fun thing about this tour is, we do exactly what I personally missed! Playing small venues infront of 200 people. The energy is different, very intimate – you sometimes lose that on a big stage!
Jan: Yeah, you can see the crowd better and really see eachother play. You can see the guys’ hands on the guitars – it’s different than on a big stage. Big stages are also really cool, but in a different way.

*Eloi comes along and joins the interview*

You’ve been through a lot of interviews lately and must probably get asked the same questions over and over again, which one do you find most annoying?

Casper: Yes, it’s always the band name question, and it’s kind of „annoying“ because we don’t really have a good story.
Eloi: We didn’t even know it existed, well, at least I didn’t know…
Casper: Well I did *smiles* No i mean, it’s part of the job. You get asked questions that you probably know by heart, but the other person doesn’t.
Eloi: You know, I don’t mind weird questions, the only awkward thing is when you have promo-days, interview after interview and you answer the same questions again and again, 7 times…

OK, so tell me, what was the weirdest question you’ve ever been asked?

So we had a couple of questions from our Twitter follwers and FB-Page Fans… One of them asked what inspires you the most?

Casper: Sometimes it can be other art, a good movie, a book or other bands… It’s like, if you see something really good or nice, it makes you think „yeah I want to create something good too!“ So it’s inspiring.
Eloi: Actually nature inspires me. On my last trip I went to California with my sister. And the nature was so beautiful, I instantly got inspired to start writing again!

So there is new stuff coming up soon?

Casper: Yes, we’ve been writing our 3rd album for weeks, no months now and are almost finished. When we  get back home after this tour we have a couple of days to unpack and re-pack.. Then we head back to Berlin where we’ll start recording. It will only be Berlin this time. But it will be mixed in Los Angeles ans mastered in New York.

Great! So to wrap this up, I’ve started a couple of sentences, if you could just finish them for me?

The first thing I saw this morning was…

Eloi: Our sound guy! Well yeah, i opened my eyes and saw him. We had a double room… Not like the same bed. Yeah, the hostels we stay at aren’t that interesting. It’s not like, oh a giraffe or something.
Casper: I actually saw a painting of an octopus on the wall, pretty awesome. It was badly painted which made it even more awesome.
Eloi: Ha, there’s the new album title! Badly painted octopus!

When I see giraffes I think…. (and this was actually chosen before the comment about giraffes on the wall…)

Eloi: Wooooow, that’s big!
Casper: It could swallow a baguette as one!
Jan: I always get a bit uncomfortable when I think of giraffes, they are awkward creatures.

… and then we start to discuss about giraffes, about their fights and long necks…

If I had a million dollars, I would…

Casper: I already have a million dollar, why the question?  *laughs* NO no, I really don’t…
Eloi: I would actually buy a house! And travel the whole world!
Casper: No, I would buy a giraffe! … *waits* I would probably build a studio, a really nice one for myself… and my band of course!

I am scared of…

Eloi: Butterflies!
Jan: *laughs* yeah, me too!
Casper: I’m scared of people who are scared of butterflies!
Jan: You know, in a zoo, there’s this building with all the butterflies and insects. And being in there as kid that must have been one of the scariest moment of my life! A huge butterfly sat on my shoulder…

After a few good laughs about butterflies and others scary things we wrapped it up, got them to record a short video for our readers and took some more pictures. A few hours later I got to see them live on stage, it was pretty awesome and I think I’d go watch them again 🙂