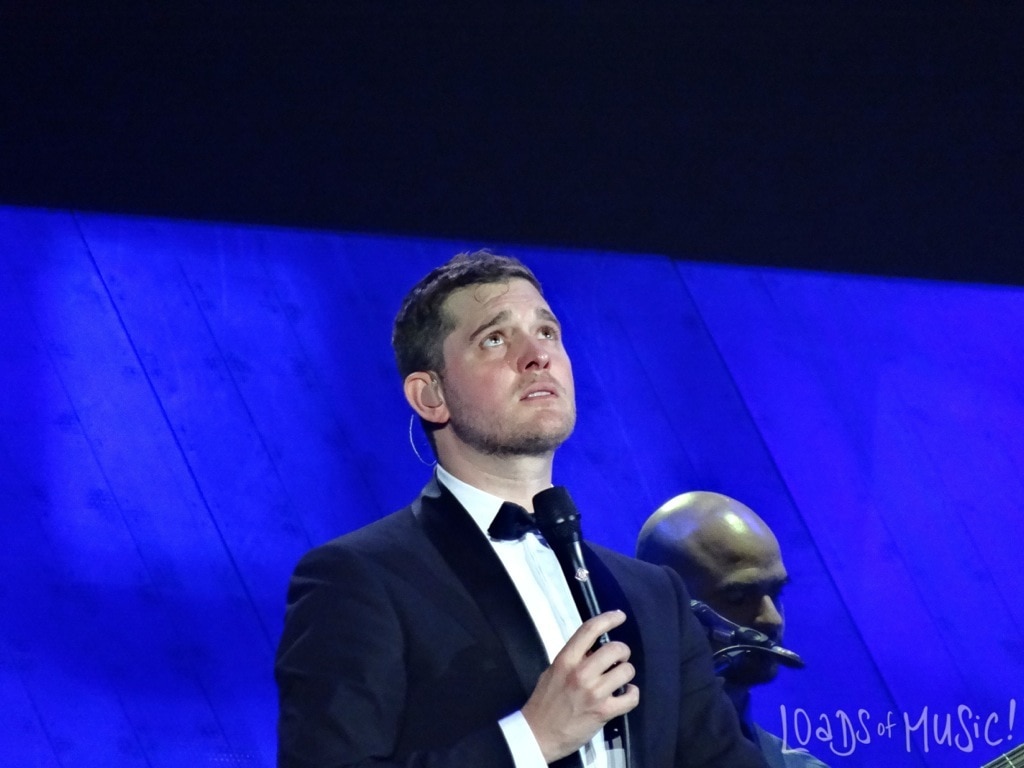 The year 2014 has already started with a little concert highlight for me personally. Michael Buble! For a very long time I have wanted to see this artist live. Somehow every single time he came to Switzerland with one of his tours, I happened to be everywhere else but Switzerland. Oh well, it finally worked out this year.

Perfectly on time (how it’s supposed to be in Switzerland ;)) a few minutes before 9pm the lights went out. Naturally 7  who did a great job warming up the audience for almost 45minutes, left the stage only a few minutes before. But back to the mainact… Sliding down the ramp to the mainstage, Mr Buble starts the show with “Fever”! Shortly after all the great and talented musicians come rolling out on stage. The Brass section, Michael Buble’s all stars (how he calls them) gets a “short” introduction, including having their picture and their musical education projected on the big screens! The birthday boy Jake Saslow even got a cake up on stage! Happy late Birthday Jake! 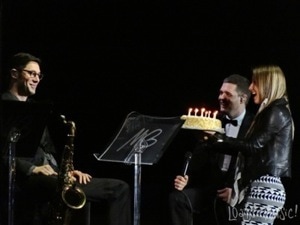 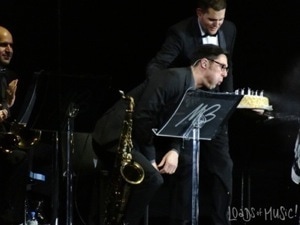 During the show you could clearly see that Michael Buble is not only a talented singer, but could also pass as a stand-up comedian. Some criticize it, but for most people in the Swiss audience, his jokes were little highlights throughout the show. Not sure if he might have had a little something to drink before the show, I still though he was hilarious!

The mix of covers and own songs was very entertaining. I was however a little surprised that he played “Haven’t Met You Yet” (one of my favorites) in the very beginning!

I must admit, I did expect a little bit more of a “classical” show, a couple musicians, MB singing and that’s it. I got way more than that. A very entertaining show, with lots of lights, fireworks, red and white hearts flying around (still found a couple in my coats hood this morning) and moving stage parts.

All in all, I have to say, it was a great show! The CHF 160.- I spent were well worth it. We had great seats. MB totally rocked the stage and won me over in only a few seconds. Naturally 7 were great as always… So yes, I am happy and I would certainly go to another Michael Buble show!

For those of you who weren’t there, I’ve got a nice video of MB’s performance of „Home“ and of course a couple of pictures of yesterday’s show! Enjoy!