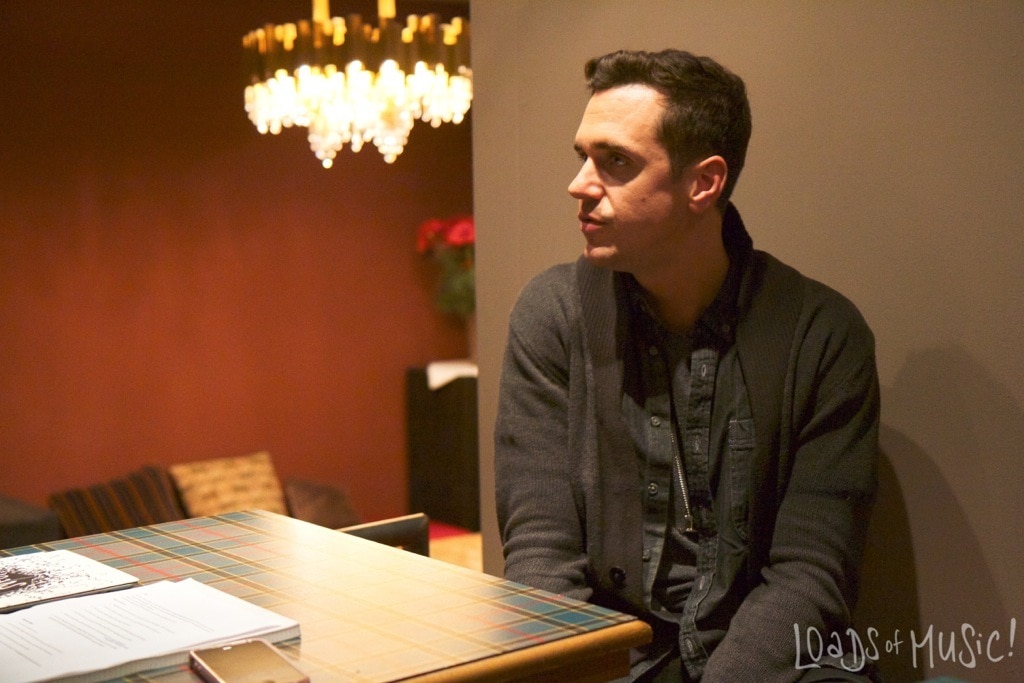 Right before the first of his 3 sold out piano-gigs at Kaufleuten, we were lucky enough to meet the Swiss soul-singer and ask him a couple of questions:

You want to leave Switzerland for a while and take a break. Do you already know where you’re headed, or is that still open?
I pretty much played shows and released albums for 12 straight years here in Switzerland. With the 2 latest albums „The Art is King“ and „The Art is Piano“ we’ve been on the road touring for almost 2 years now. It’s time to take a break. It doesn’t mean i’ll quit, nope, I just won’t be playing any shows in Switzerland next year. We’ll try to focus on Germany and the UK, try to play as many shows there as possible. We need time to build up something new overe there. I don’t want to do 2 things at a time, one after the other.

You said you’ll be going back into the studio as well. Are there any thing specific planned already?
„The Art is King“ will be released in the UK and Germany next year, so a brand new album will be coming, but not until some time in 2015. Switzerland will always be first of course. I wouldn’t want to release new material in some other country and only then in Switzerland.

There’s a big Farewell-Party at Mascotte at the end of December. What can expect from this event?
It will be special either way, we’ll be 6 people on stage in a small club that holds only around 400 people. There will be a couple of DJ’s that have been with me for years. It’ll pretty much be my personal Christmas party – but open to the public… I just felt like after the 3 sold out gigs at Kaufleuten, 3 rather quiet shows, it’s time to party. Friends, fans, a glass of wine. We’ll end the year with a big bang.

As you said, you’re in the music business for 12 years now. What do you love most about your job?
The best thing about it definitely is that i get to do what i like! I am an artist and I do what I want. If i would ever be forced into something other than that, be it my music or the way I act – I would quit! Changing into something you’re not, just for success… That would be the beginning of the end.

You are very successful and well known in Switzerland. I’m sure there must be fans that are totally „starstruck“ and get nervous when they stand in front of you. Does that ever happen to you?
Yes of course! I mean, if I’d stand in front of Helge Schneider, I would freeze and be totally in awe 😉

No seriously, I am in love with music and also the work that is attached to it. If for example George Michael was to sit next to me… I would probably play it cool, but I’d be anything BUT cool on the inside…

Speaking about „big names“. They often have crazy things on their riders and want the weirdest things backstage. What do you absolutely need to have backstage at a gig?
Two mangos and peppermint tea. That’s it… Everything else is pretty „normal“

You used to play your son to sleep with the melody of your song „Father“…
Yes, exactly. That was his song. I realized how it calmed him down. And soon after I noticed that the melody was stuck in my head to. That’s when I decided to write lyrics to the melody. I never wanted to write a song about being a dad, everyone does it and it seemed boring. But once I became a father, that’s when it just happened – and I don’t regret i tat all!

I’m assuming you’re totally happy with your life as a daddy?
Totally, I couldn’t imagine my life without my kid. Being a father is the best thing that has happened to me! Anyone who says something else… can unfortunately not give „it“ back and should have thought about that before.

I have always wanted to…
Have Alpamare to myself, just a day with all my friends

When I open my fridge, I can see…
Many yummy and fresh things… I’m married to an awesome cook

First person to hear a new song is….
My wife!

If I had an elephant, I would…
Take make sure to take care of it. Elephants are my favorite animals, I’d make sure that he’ll be treated well.

Guess what, before Seven made his way back to get ready for his show, we made sure he signed our CD! Exactly that CD can be yours soon. Enter our contest to win a signed copy of „The Art is Piano

1. A “like” on our Facebook-Page would be great, sure Seven would be happy about a like as well
2. Comment on this blog post with your e-mail address (address will not be published) so we have a way of contacting you in case you win.