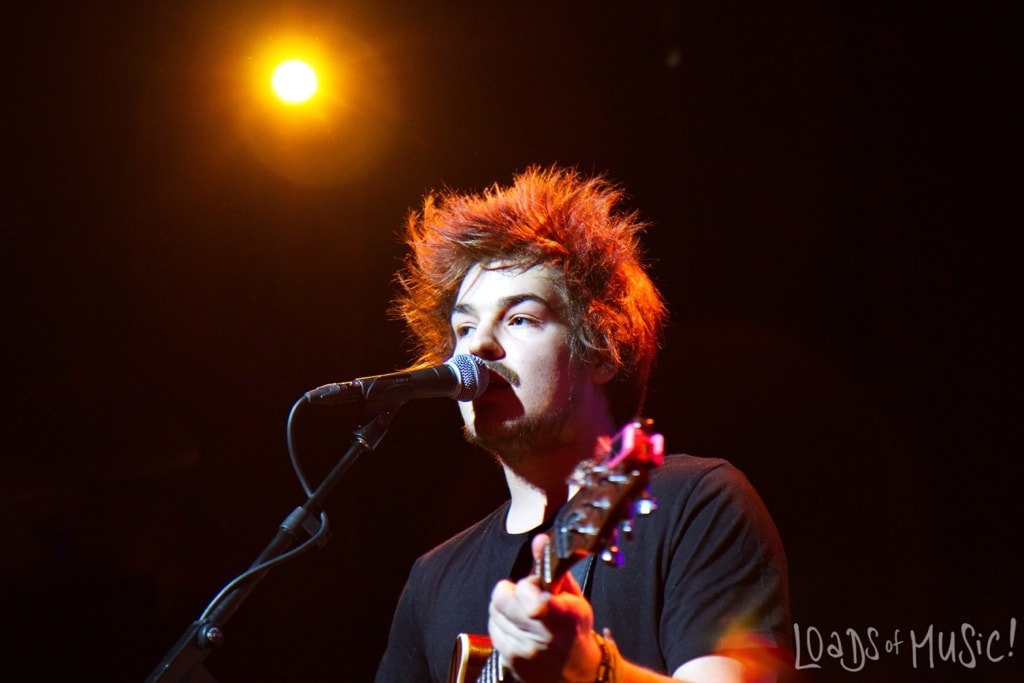 We certainly didn’t think we will end our (concert-) year with one of those exclusive showcases, so you can imagine how happy we were when those tickets were in the bag! The successful duo “Milky Chance” will perform their songs infront of approx. 400 people. A big thank you to 20 Minuten and Samsung that we were able to be there too!

Milky Chance’s song “Stolen Dance” made it to number 1 not only in Switzerland, but in Austria and Luxembourg as well. Not sure how to define their music, but I guess it’s a mix of electronic beats and bit of pop and reggae.

The lucky winners started gathering around the stage at least an hour before showtime. The atmosphere was great. No shoving or pushing. Just really relaxed! Once the show started most people were dancing and enjoyed themselves. With “Down by the River” the duo was able to convince even the skeptic people and had everyone moving! The self-written and produced songs become great dance-songs once the electronic beats set in. I have to admit though, I was a bit disappointed in the lack of interaction with the audience. Throughout the evening, the singer Clemens said maybe one or two sentences. That was it. The two guys often whispered stuff to each other (probably deciding what song to play next), but other than that – nothing. I guess since these two boys are still pretty new in the business, they’re just not used to “entertain” the audience yet. But I think I’ll just put this in the  “inexperience” drawer. Just like them missing their cues – which they did overplay with a cute giggle and laugh 😉 They’ll get there eventually…

Nevertheless, the audience was hooked from the beginning and once the big hit “Stolen Dance” was announced, everyone was up and dancing, singing and partying! We even got one encore, which the guys introduced as the song that doesn’t have a name 🙂

Swiss fans can start getting excited again. Milky Chance are going on Tour next year. They will be playing at the Maag Halle in Zurich on February 25th and at Bierhübeli in Berne on February 26th. Tickets are going fast! The gig in Berne is sold out already! So whoever wants to see them again should hurry up and head over to Starticket and get your tickets for the Zurich show.

Ok, so who has got tickets to see Milky Chance next year?