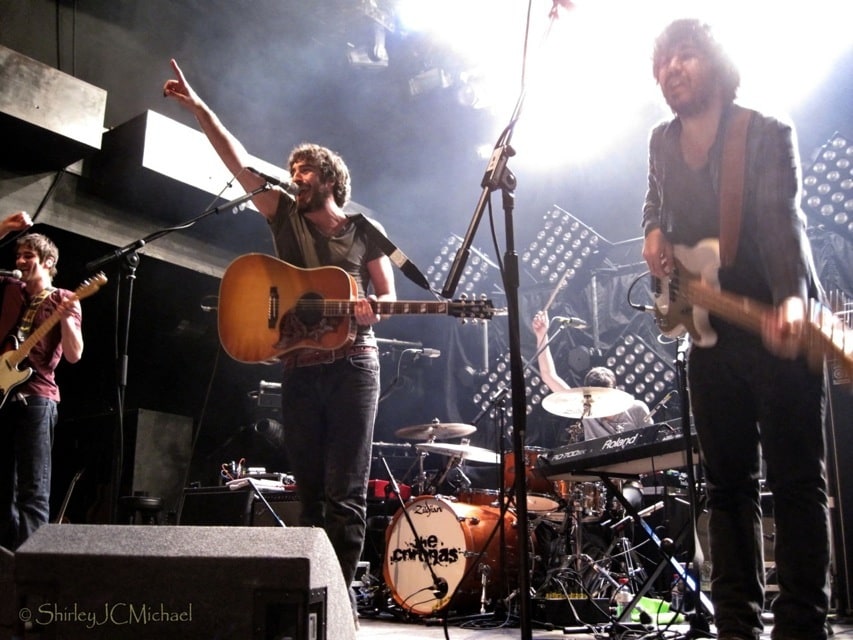 The Coronas from Ireland have absolutely nothing to do with the Beer as you might think. The Coronas are a band consisting of the 4 guys Danny O’Reilly, Conor Egan, Graham Knox und Dave McPhilipps. The band was completed back in 2006 after being introduced to Dave who later joined as the lead guitarist. From that point on you could say their career took off! After a sold out show at one of Dublin’s most prestigious venues for new music they were signed by the independent label 3ú Records.

Back in 2011 I “discovered” this Gem. As a support act for The Script they toured Europe and played in Zurich. The Script seem to always choose the right support acts for their tours. With Josh Osho they had already met my taste. The Coronas being more on the Rock side but just as good! I really like the mixture of rather hard guitar riffs and the catchy tunes. Danny’s distinctive voice always stands out, including the cute irish accent that can be heard even while singing.
It didn’t take me long to find my absolute favorite song:

Not bad when you have a couple of thousand people singing your song back to you? Still, the gig at Oxegen wasn’t the band’s largest. They performed as a support act for THE Justin Timberlake in Phoenix Park in front of, believe it or not, 40’000 people. Definitely another highlight for them was being booked as an opener for Paul McCartney. A while ago they had their own headlining tours in the UK and the rest of Europe. They stopped by Zurich and could not be happier about selling out the show! Ok, since it was at Hafenkneipe and some of you might know that venue holds about 100 people 😉 But the guys were extremely happy and mentioned that a couple of times on stage. Very cute!

The Coronas have 3 albums released at the moment. I really like all of them and love to listen to their songs. But I have to say, my favorite is „Heroes or Ghosts“

If you dig the not totally slick rock sound, then I’m sure The Coronas might be something for your CD shelf, or maybe more your iTunes Library 😉