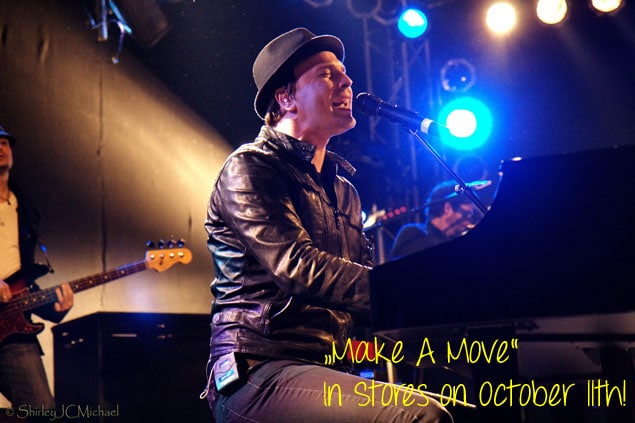 It’s been a long time for Gavin DeGraw fans… A long time with no new music. But the wait is finally coming to an end! A couple of weeks ago the New Yorker Singer/Songwriter has announced the release of his newest Album “Make A Move”. The official release date for Switzerland is October 11th (for other countries including the US it is Oct. 15th )

The album is already on iTunes and can be pre-ordered! Something you should definitely do… Once you’ve confirmed the pre-order iTunes releases 2 songs for instant downloading. One is the current single “Best I Ever Had” and the other song is “Who’s Gonna Save Us”

Of course I have done this the day the announcement went out and I can assure you (totally un-biased of course) it’s worth every penny!

From the songs I’ve heard so far I think he’s continuing with the radio-suitable pop songs, not so much the raw singer/songwriter style as he had done in the early years.

To give you an idea of what to expect, go check out the title song of the album “Make A Move” in a great live-version:

So just to sum it up: